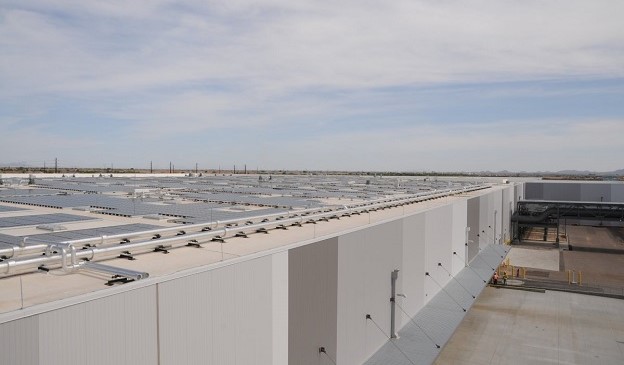 CHICAGO—Although political or economic troubles agitate many regions of the world, an unquenchable demand from cloud providers helped the global data center industry expand by a remarkable amount in the first half of 2018, according to JLL’s latest Data Center Outlook. The Chicago-based company’s analysis reveals that the US, Canada, EMEA, and APAC amassed a staggering 421.2 megawatts of absorption, with the US and Canada leading the way with 292.1 MW, up 31.9% from the first half of 2017.

And that big jump for the US and Canada did not come as a surprise.

“It was something that we foresaw,” Mark Bauer, JLL’s managing director and data center solutions co-lead, tells GlobeSt.com, after tracking substantial increases in demand and construction over the past year. In many cities and regions, including America’s standout market Northern VA, new data center development can’t keep up with the burgeoning demand for cloud services and social media.

Northern VA led the world with 168.3 MW of data center absorption, far ahead of second-place London, which recorded 24.5 MW. Other US metros in the top 10 include Phoenix, Las Vegas/Reno, Dallas/Ft. Worth and Chicago, all of which saw between 15 MW and 20 MW of absorption.

Data center absorption is not calculated on a strictly square-footage basis. The absorption numbers represent both the amount of new multi-tenant data center square footage and power actually leased. And JLL does not consider data space “planned” until a developer actually puts up a roof and has the space ready to serve potential users.

Northern VA leads the world in absorption mostly because “it’s where the internet was born,” says Bo Bond, JLL managing director and data center solutions co-lead. The infrastructure first created there kept growing, and a sizable chunk of the world’s internet traffic still flows through it. As a result, many of the world’s largest providers continue to see it as crucial.

CoreSite, CyrusOne, Digital Realty, Equinix, Infomart, Iron Mountain, QTS, Sabey, and Vantage currently have new significant deliveries available, according to JLL, and many have closed on new land deals in the area. In total, developers in Northern VA have 317 MW under construction. Phoenix, however, with 136.5 MW under construction, is also rising in prominence. Although no other metro region comes close to the level of activity in this pair, JLL says “under-construction pipelines increased in nearly every market as providers race to bring the newest and freshest product online.”

The data center industry did experience one blip earlier this year when the stock prices of Equinix, CoreSite, CyrusOne, Digital Realty and other data center REITs took a hit. “There was a fairly significant pullback,” Bond says, which he attributes to a few missed earnings reports. The data center sector may be more vulnerable to temporary setbacks like that because it’s so new. “When one of them gets popped, the others pull back.” But the tremendous success and expansion of data center industry seems to have helped calm whatever worries arose at the start of the year. The stock prices quickly began their trek back, and all were either past or near 2018 stock starts by June 30.

Bauer expects the world’s built capacity will get absorbed in short order, as the major markets continue to see strong absorption in 2018 and 2019. “There’s no sign of this appetite for data center and cloud space abating anytime soon.”