In recent years, Scottsdale, Arizona-based commercial real estate broker Ari Spiro estimates that roughly one-third of his calls have been from California property investors interested in buying Arizona offices, shopping centers, warehouses and apartments. But that interest has spiked in the pandemic.

In the past several months the number of inquiries has climbed more than 50%, especially since Arizona began reopening businesses closed to curb the coronavirus even as large portions of the Golden State’s economy remains closed, said Spiro.

“I’ve seen a big uptick in calls from California in recent months, well over half of all my calls,” said Spiro, president of Orion Investment Real Estate who has been in business for about 25 years. “These investors seem to be driven more by the fear of what could happen in California than about greed for lower costs and better yields in Phoenix.”

California’s commercial real estate industry, which is already feeling the impact of wildfires, questions about the reliability and capacity of its power grid and the closure of large portions of its economy in the coronavirus pandemic, are fighting California ballot measures that could raise commercial property taxes and impose more strict rent control on apartments and other rental housing.

The pandemic’s mounting economic toll has amplified the anxiety of investors who are already spooked by the looming ballot measures and legislation, including Assembly Bill 1253, a bill introduced by California Democrats that could retroactively increase the state’s income tax for top earners from 13.3% to 16.8%.

“We track California policy on taxes, labor law, permits and regulations like it’s our own backyard,” Chris Camacho, chief executive of the Greater Phoenix Economic Council, told CoStar. “We keep hearing over and over, whether from a tech company looking to scale up or a manufacturer that needs to expand, that there’s a more pronounced focus on downsizing in or leaving California.”

Economic development officials in California, the nation’s most populous state and the world’s fifth-largest economy, countered that the Golden State has long been one of the most desirable real estate markets in the world, as well as the center of gravity for major industries, including technology and media.

Chris Dombrowski, acting director of California Gov. Gavin Newsom’s Office of Business and Economic Development, better known as GO-Biz, defended the state as a place where large companies want and need to conduct business and have a major real estate presence.

“There are more startups, more engineers, more scientists, more researchers, more Nobel laureates in this state than anywhere in the nation,” Dombrowski said in an email. “Because of that, California entrepreneurs received more than $67 billion in venture-capital funding last year, more than three times the second-highest state for deal flow.” 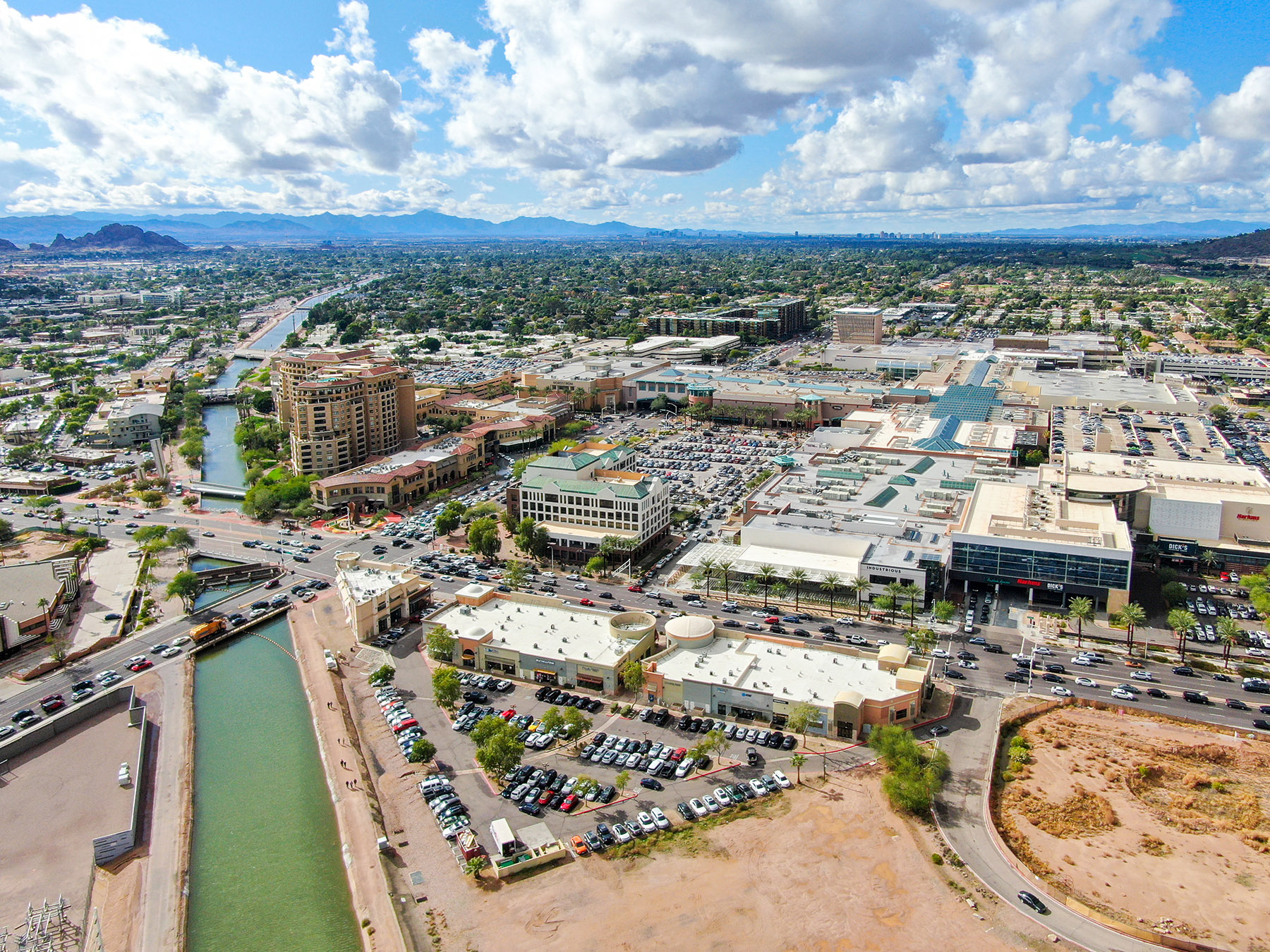 That wealth in turn allows California companies to invest in regions around the country and world, helping propel the national economy, Dombrowski added.

“These strengths make California what it has been historically and continues to be today, which is the best place to do business.”

Other Phoenix brokers, landlords and analysts contacted by CoStar News, however, have noticed an uptick in interest this year from large investment companies and individual investors from Arizona’s westerly neighbor. Many cite what they believe is an anti-business climate, high housing costs and a diminishing quality of life.

“A majority of the listings which we have for sale are showing heavy interest from investors located in Southern California,” said Geoffrey Turbow, first vice president with the CBRE Capital Markets Investment Properties team in Phoenix. “I’m showing a lot of properties to these clients. Of my conversations with these private clients, many of them are actually talking about relocating their primary residence out of Southern California and relocating here in Arizona. ”

California-based investors this year have scooped up nearly half of all apartments sold in Phoenix priced at $1 million or higher, up from 37% in each of the past two years, said Jessica Morin, CoStar’s market analyst in Phoenix. Office sales to California firms have held steady in the low 20% range and retail property sales have increased from 36% in 2015 to 42% to date this year.

“There’s a long history since at least the 1980s of California apartment ownership and development spilling over into Phoenix,” said Mark McFate, an associate with CBRE’s institutional multifamily properties team in Phoenix. ”That trend is accelerating, motivated by Phoenix’s strong relative fundamentals, lack of rent control measures appearing on the ballot in Arizona and favorable regulatory climate.”

Phoenix’s latest economic expansion lasted for a full decade after the city began recovering in 2010 from its worst housing bust after the Great Recession. California money has accounted for between 25% and 35% of commercial property sales over the past five years, according to CoStar data.

“California owners that had assets in Phoenix were hurt badly during the last downturn, but in the last few years, the fact that we’ve developed a diversified economy and it appears that we’re not a boom-and-bust economy anymore may have persuaded some investors who were burned in the past to take a fresh look at Phoenix,” Morin said.

More than a dozen California companies, including technology startups, such as digital transaction and document platform ZorroSign Inc., have announced in recent months that they’re moving their headquarters to the Grand Canyon State, and many more have announced major expansions, relocation expert Joe Vranich, president of Spectrum Location Solutions, told CoStar News.

Vranich, who built his business over the past decade by helping companies escape what he calls California’s harsh business climate, moved his own company to the Pittsburgh area in 2018 after 10 years in Irvine, California, citing higher taxes, excessive regulation and lower quality of life.

“We’re seeing a worsening tax situation, with the movement to split Proposition 13 protections into two categories that will cause businesses to take it on the chin,” Vranich said. “I see only negative and pessimistic things coming out of politicians in Sacramento.”

Study: Most U.S. consumers to stick with eating at home post-pandemic

Phoenix No. 1 in Net Migration for 3rd Straight Year

Economists: Arizona to regain all jobs lost in the pandemic in 2021