Officials with the city of Peoria have been frustrated by an abandoned construction project on the north side for years.

First Service Medical LLC paid $3.15 million to buy the land that was originally planned to become the first hospital in Peoria nine years ago, according to an announcement from the city. The deal closed Sept. 11.

The new plan for the property still calls for building a new medical campus, said Matt Leach, principal of First Service Medical, in a statement.

More details on what is planned haven’t been released yet.

Phase one would have been 78,000 square feet of space on 10 acres and include 20 emergency department beds and 20 inpatient beds.

But an involuntary Chapter 11 bankruptcy in 2018 led to the closure of the Gilbert Hospital, which had opened in February 2006, as well as the closure of a sister hospital in Florence — and left the future of the skeletal remains of the Peoria medical center hanging in the unknown.

Looking for a buyer

Julie Johnson, executive vice president for Colliers International, had tried several times to find a buyer for that Peoria property over the years, but it had been tied up in bankruptcy.

She said it’s an excellent location for health care services.

“Health care providers and other companies have been interested in that site over the years,” said Johnson, a longtime medical office broker who was not part of this transaction. “First Service Medical will be very well received. With the population growth over the past almost 10 years, there is a real need for more health care in the community.”

Construction began on what was to become Peoria Regional Medical Center in 2010, but work stopped a year later. Before the structure could be demolished, bankruptcy proceedings caused further delays.

Demolition of that partially built two-story steel structure on seven acres of the property at the southwest corner of Lake Pleasant Parkway and Jomax Road is expected to begin in October. 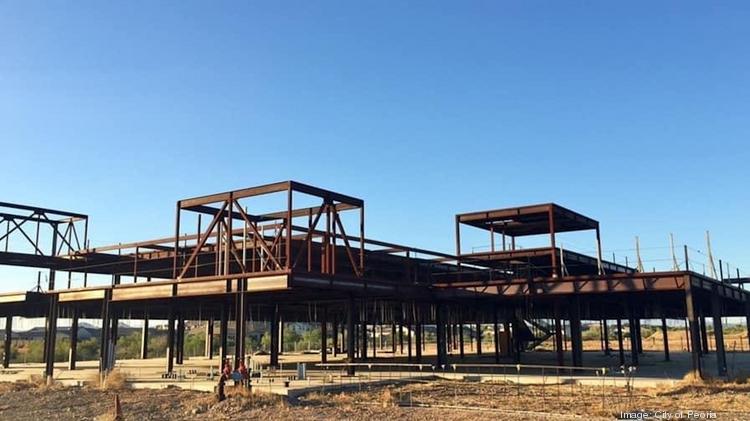