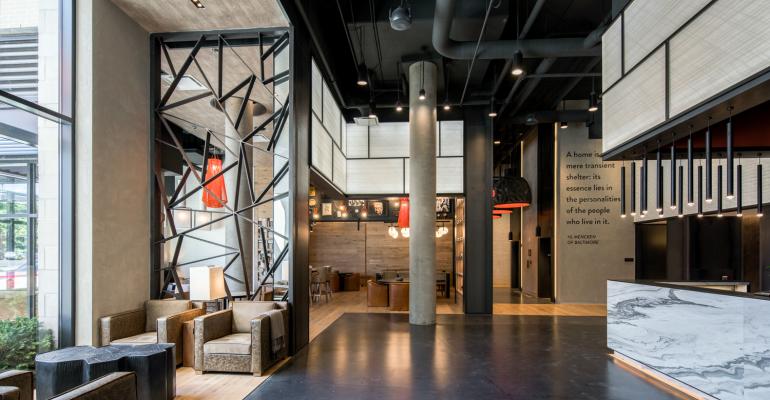 The first floors of many new apartment buildings have become bustling spaces boasting the best amenities. More akin to hotel lobbies, these spaces are rapidly becoming a selling point from developers hoping to lure tenants in competitive markets.

“Everyone loves to hang out in a great hotel lobby,” says Ben Kasdan, principal in the Tysons, Va., office of KTGY Architecture + Planning. “Multifamily communities often hope to create a similar type of vibrant lobby experience as a way to both attract new residents and to provide an opportunity for existing residents to gather and connect with each other.”

In their newest apartment projects, top developers often cluster community spaces around the main entranceways. These lobbies create hubs of activity that bring residents and visitors to the building together around amenities like fitness centers and restaurant spaces—in addition to more mundane services like places for picking up deliveries.
BACK TO TOP FIVE