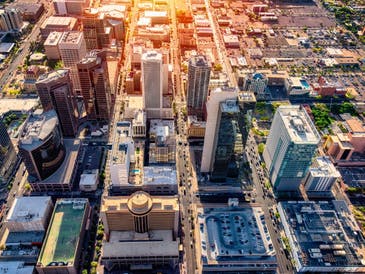 Arizona is among the states whose economy is least exposed to the coronavirus, according to a new study from WalletHub.

In its study, WalletHub says researchers looked at all 50 states and the District of Columbia, and measured them across 13 key metrics, like how much of their GDP came from highly affected industries like retail and food services, how their economies are recovering, and what resources each state is offering businesses to help them cope with the crisis.

Ultimately, WalletHub found that Arizona is among states whose economies were least exposed to the COVID-19 pandemic.

One reason Arizona did so well: It’s providing resources for businesses that have struggled during the prolonged closure. WalletHub found Arizona had done the fourth best job giving resources to businesses to help them stay afloat.

Rounding out the bottom of WalletHub’s list were states like Louisiana and Oklahoma, which provided relatively few resources for businesses in need.

The Grand Canyon State also performed well because its largest grossing industries were not highly impacted by the pandemic — placing 7th out of the 50 states and Washington D.C. That’s likely due to the state’s real estate and leasing industries, which have surged because of high demand for housing.

“The pandemic has changed our working patterns, and these patterns of remote working are likely to stay at least in part after the pandemic is over,” said Orly Lobel, a professor of law at the University of San Diego. “Companies have seen that they can reduce costs, and increase the talent pool, by allowing employees to work from home and many companies have already announced that work will remain remote for the foreseeable future.”