City North is once again a development to watch in the Valley.

The long-dormant project that stretches back more than two decades and covers thousands of desert acres in north Phoenix is awakening with the renewed potential to be a “city within the city” in the area near Desert Ridge Marketplace at Loop 101 and Tatum Boulevard.

A U.S. Bankruptcy Court ruling in early 2019 gave California-based Crown Realty & Development clearance to develop about 100 acres near the shopping center and granted it “master developer” rights to 5,700 more acres. Since then, all pending appeals have been settled in Crown’s favor, according to company CEO Robert Flaxman.

At build-out, the core 100 acres will contain about $1.5 billion worth of developments, including apartments, office buildings, restaurants and hotels, Flaxman said.

“This part of Desert Ridge was identified in the early ‘90s, the city designated the core an urban village,” Flaxman said. “The vision from 40 years ago was that this part of Phoenix would become a second urban node.”

The area already has zoning to allow for 12- to 13-story buildings, which is Crown’s goal when developing the site or selling parcels to other developers. It’s a project that could be a huge employment generator for an area that already has attracted sizable interest from a plethora of companies in industries ranging from insurance and technology to health care.

Flaxman first came upon the opportunity in 2016 when he was looking to invest in real estate with rental or lease income to buy in a 1031 exchange, which allows investors to defer capital gains taxes on the sale of a property if a like property is purchased in a given time frame.

He was introduced to High Street, a mixed-use development east of Desert Ridge Marketplace. While his company was unsuccessful in its bid to buy High Street, Flaxman noticed acres of vacant land around the north Phoenix development.

“We saw all the vacant land that made up the balance of Desert Ridge and asked what was going on with the vacant land, and we were told the note was in default,” Flaxman said in a prior interview in early 2019. 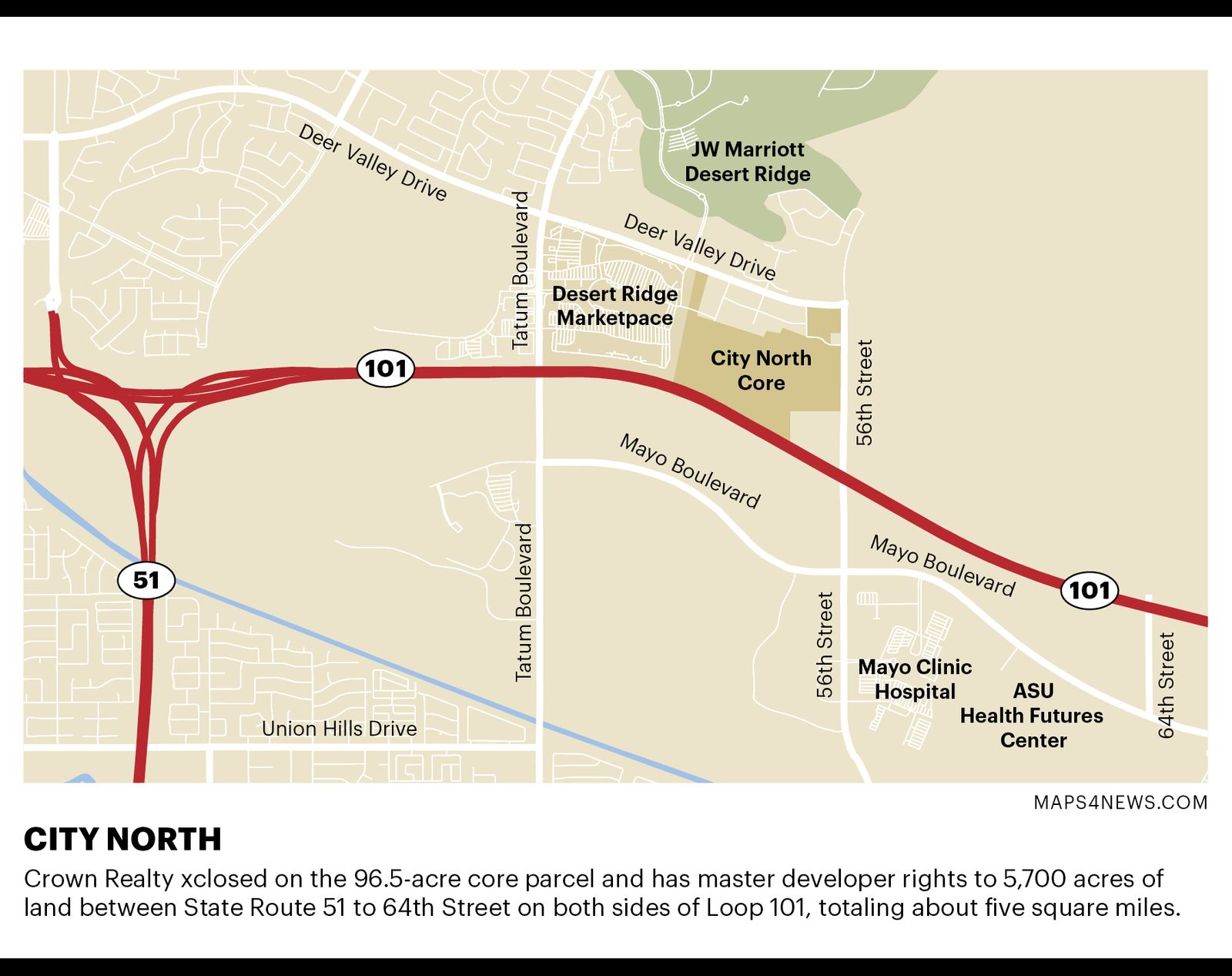