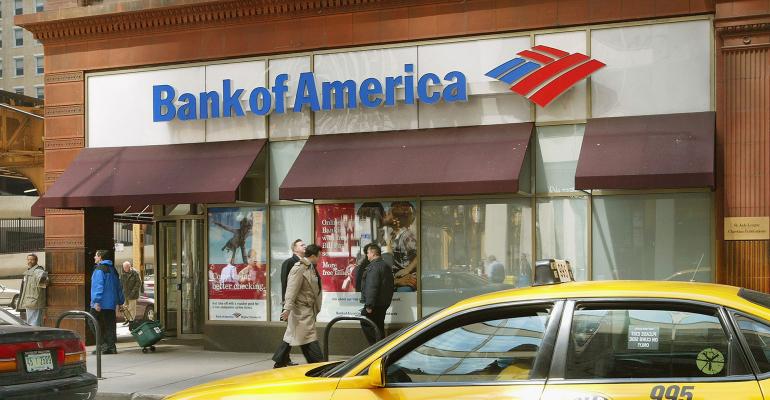 Bank branches are going the way of checks—they’re vanishing, albeit slowly.

In fiscal 2019, the number of bank branches in the U.S. dwindled by 1.9 percent, according to a February 2020 report from commercial real estate services provider JLL. And in the past decade, the U.S. banking industry has shed more than 13,000 branches, JLL research shows.

Yet despite the decline of bank branches amid the rise of digital banking, net lease branches remain a potentially good investment for high-net-worth (HNW) individuals, real estate experts say.
Bank branches are going the way of checks—they’re vanishing, albeit slowly.

In fiscal 2019, the number of bank branches in the U.S. dwindled by 1.9 percent, according to a February 2020 report from commercial real estate services provider JLL. And in the past decade, the U.S. banking industry has shed more than 13,000 branches, JLL research shows.

Yet despite the decline of bank branches amid the rise of digital banking, net lease branches remain a potentially good investment for high-net-worth (HNW) individuals, real estate experts say.

Furthermore, the JLL report shows that some metro areas are experiencing a net gain in bank branches rather than a net loss.

When you add up all of those factors, bank branches can be a valuable investment for HNW individuals, as long as investors focus on top-tier banking tenants, according to Randy Blankstein, president of The Boulder Group, a Wilmette, Ill.-based real estate investment firm specializing in single-tenant net lease properties.

Top-tier banks include Bank of America, Chase, PNC and TD Bank, he says. A 2019 report from The Boulder Group shows the median asking price for a ground lease bank property ranged from just over $2.5 million for a PNC branch to a little more than $6.3 million for a TD Bank branch.

Although branches operated by top-tier banks are a big draw for HNW investors, regional and community banks are driving much of the addition of new branches, according to the JLL report.

“Banks are very much in the net lease mainstream. Most banks offer investment-grade credit and long-term leases, and thus remain desirable despite the uncertain long-term outlook [for branches],” Blankstein says.

Nonetheless, interest in net lease branches is expected to stay lower than interest in other net lease asset classes, he notes. That’s partly due to a decrease in the number of branches with lease terms longer than 10 years, he says.

Leases with terms of 15 to 20 years are the sweet spot for net lease bank branches, according to Marc Mandel, managing director with JLL. If a bank property has an in-place lease with a primary term of less than 10 years, “that’s when the real estate is scrutinized and the rent is looked at closer as to whether it is a replaceable rent,” Mandel says.

From 2010 through 2015, rents for net lease branches in major metro areas were inflated—roughly $300,000 to $400,000 a year—as banks competed for coveted corner sites, he notes. Since then, annual rents in major metros have come down considerably, ranging from about $175,000 to $250,000. That drop, has made net lease branch transactions more attractive.

The Boulder Group attributes volatility in bank branch transactions to concerns about the future of bricks-and-mortar locations, along with higher-than-normal rents in some submarkets and the challenges of repurposing shuttered branches.

In addition, Federal Deposit Insurance Corp. (FDIC) data indicates about three-fourths of all U.S. bank branches currently in operation are more than 15 years old. “Although many of these 66,000 banks are in excellent locations, many of them are outdated in terms of their size, technology and facility efficiency,” JLL researchers note.

So, aside from location, what should an HNW investor consider when looking at a net lease deal for a bank branch?

A bank branch’s total deposits should be the No. 1 factor when looking at a net lease transaction, according to Joe Cosenza, vice chairman of The Inland Real Estate Group LLC and president of Inland Real Estate Acquisitions LLC, both based in Oak Brook, Ill. During his career, Cosenza, a former bank executive, has executed about $1.3 billion in net lease deals for bank branches.

Branch deposits below $35 million to $40 million are worrisome, Cosenza says. Meanwhile, anything in the universe of $60 million to $100 million in deposits signals that a branch is on solid footing, he adds.

“It would be extremely unusual for a bank branch that’s got 100 million bucks in deposits to close,” Cosenza says.

Experts say another aspect to weigh is whether a branch has a drive-through. Without a drive-through, they say, it can be difficult to lease a branch to another bank or a credit union, or to retrofit it as a fast-food or quick-service restaurant.

Additionally, if an HNW investor is contemplating investment in a net lease bank branch, it’s important to pay attention to the intrinsic value of the dirt, as well as the strength of the tenant’s credit, according to Alex Sharrin, senior director with JLL. Outside the urban core, it’s key to look at residual value, he says. The potential for adaptive reuse, such as a restaurant, rises if a branch sits on at least 1 acre and provides adequate parking, Sharrin says.

In the vast majority of cases, banks are solid tenants with solid credit, according to Cosenza.