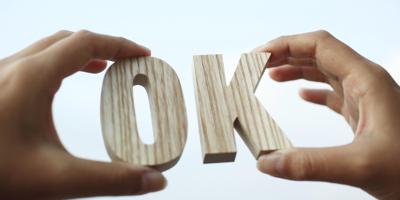 A new large multi-family housing project will be before the City Council for approval this month.

Alta Uptown will bring 425 new apartment units to the southeast corner of Arizona Avenue and Commerce Place in Uptown Chandler. The Planning and Zoning Commission recommended approval for the project at its June 1 meeting.

City officials have been looking for more large-scale multi-family developments to address the lack of affordable housing in Chandler. The website Rent.com just ranked Chandler for the highest rent on a two-bedroom apartment in the nation after a jump of more than 68% in prices this year.

One of the top issue for P&Z commissioners for the Alta Uptown was parking. A development this size should have 700 parking spaces. The developer is asking for a waiver and plans to have 688 spaces at the 10-acre site.

Rick Heumann, the chair of the commission, worried that would not be enough because some of them are in a tandem garage, where one car parks behind another.

“In your expertise … how often are people actually using both spaces?” Heumann asked. “If I’m rooming with David, and he comes home early, and he’s in the front and I’m behind and then he leaves early? I’m just curious, because that you’re counting those spaces towards the total number and we’re short 12 now.”

He was told most of the units, about 70%, are either studios or one bedroom. In addition to the 35 tandem garages, the developer is also counting spaces they intend to mark off on Corporate Place to their total of 688.

Kevin Mayo, the city’s planning administrator, told Heumann if additional parking was needed they would likely use Corporate, where parking is allowed on both sides of the street.

The developer is asking city officials for a number of changes to go through with the project. First, it must be rezoned from commercial to a planned area development for multi-family housing.

Next, they need approval to build four-stories, which would allow them to build as tall as 60 feet. They are also asking for lowering the setback requirement. Most city buildings must be built at least 50 feet from a major street, such as Arizona Avenue. In this case, they are asking for a 20-foot setback.

However, the developer has agreed to include a 10-foot sidewalk along Arizona Avenue. That’s part of the city’s plans in case a rapid transit system is ever built for that road. If that happens in the future, they want sidewalks large enough to handle an increase in pedestrians.

They are also asking for approval of their preliminary development plan.

P&Z commissioners recommended approval with some stipulations. They want 75% of the trees planted along Arizona Avenue to be 12-feet or taller to provide shade. They also want at least three electric vehicle charging stations included for each building in the development.

Also at the June 1 meeting, commissioners recommended Council approve plans for an outpatient treatment center in West Chandler. The Thomas Wellness Center would treat clients who are looking to stay sober.

Clients would not be allowed to drive themselves to the center, which would be located near 56th Street and Galveston. Instead, a van would pick up and drop off their up to 60 clients.

Thomas Wellness has been operating in Phoenix since last year and is expanding into Chandler. They offer both group and individual sessions.