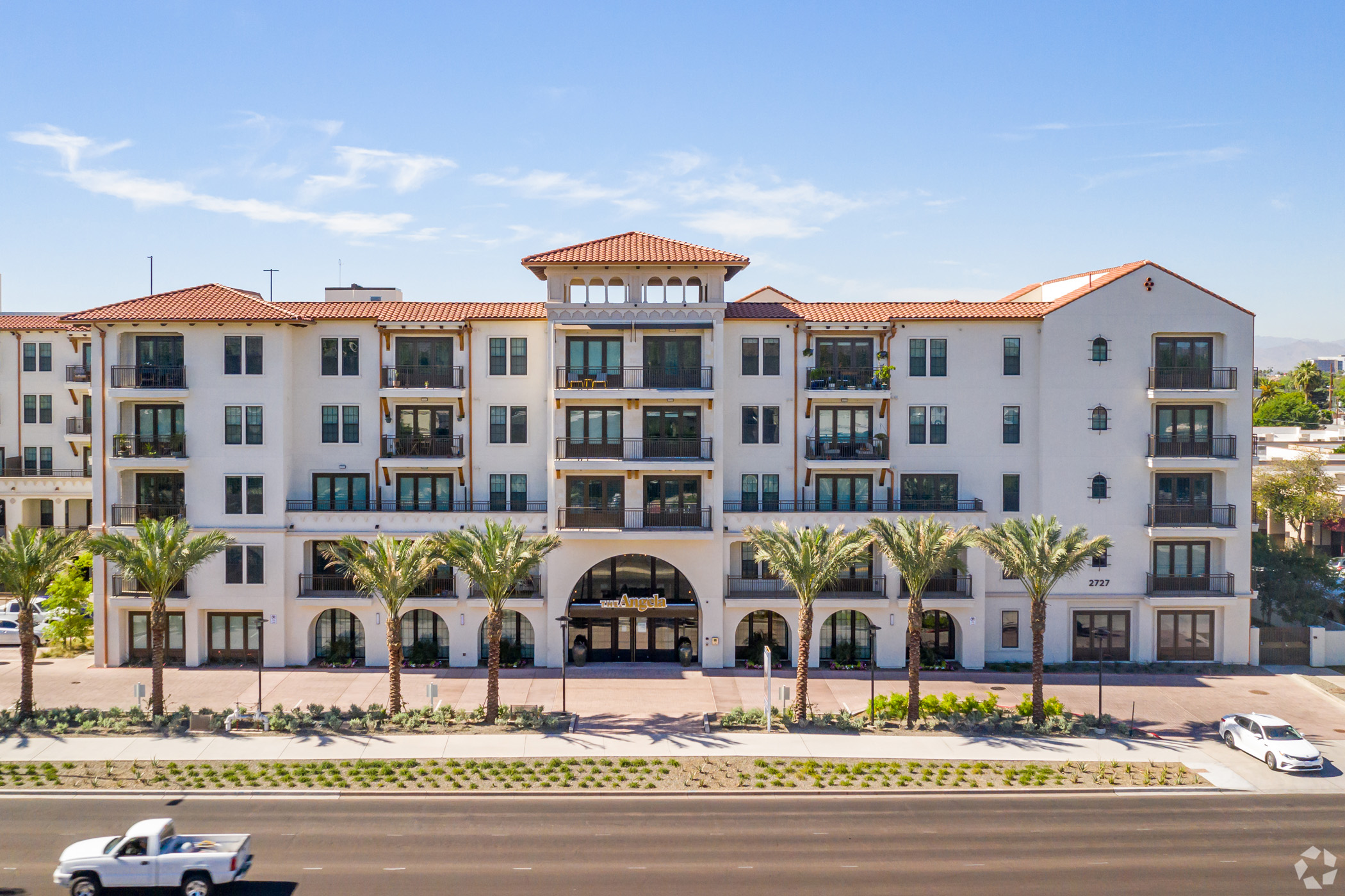 Apartment investor Cortland has paid $117 million for a new amenity-rich, luxury property in what has become Phoenix’s largest multifamily sale of the year, a sign of increasing demand for the region where local rental growth has led the nation for the past two years.

Cortland bought the 253-unit apartment complex at 2727 E. Camelback Road in the upscale and coveted Biltmore area from Dallas-based Highland Capital Management, according to CoStar research and deeds filed with Maricopa County.

The deal is the priciest Phoenix apartment sale this year in CoStar’s database, which tracks sales based on public records, brokerage announcements and other sources. The staggering $462,450-per-unit sale price is more than 2 1/2 times the $170,000-per-unit average selling price in Phoenix, according to CoStar Market Analytics.

It surpassed what had been the priciest sale: Priderock Capital Partners’ $98.5 million purchase of the Arcadia Cover Apartments, which closed in September, according to CoStar research.

“The property’s distinct design and top-tier location contributed to the price point,” CoStar Market Analyst Jessica Morin said. “The property is across the street from Biltmore Shopping Center and is within an established employment hub that is home to many of Phoenix’s most prominent real estate and financial firms.”

Cortland and Highland Capital did not immediately return requests for comment.

Phoenix has been hit hard by unemployment during the pandemic, however, the rental market was chugging along steadily before the virus and is expected to rebound with the economy.

Investors are betting big on Phoenix because the city posted the largest apartment rent growth in the United States for the second straight year in 2019, with gains more than double the national average, according to CoStar Market Analytics.

The strong performance has been bolstered by healthy job growth and in-migration along with a moderate supply of new single-family construction.

Phoenix rents have also started to inch back up since the start of the pandemic. After falling nearly 2% from the March peak to mid-April, daily asking rents have recently surpassed pre-pandemic levels, according to CoStar.

The Camelback Road apartment property, formerly known as The Angela, has been rebranded into Cortland Biltmore. It was built last year and offers new appliances, vaulted ceilings and walk-in closets. The property’s amenities include a dog park, fitness center, lounge, pool and electric car charging station, according to CoStar research.

It sits in Phoenix’s glitzy Biltmore area just northwest of downtown Phoenix and is home to some of the city’s swankiest residential offerings. The area is anchored by the Arizona Biltmore, a golf course and resort operated by luxury hotelier Waldorf Astoria.

While the Camelback corridor has struggled since the onset of the pandemic, the sale, along with Cortland’s acquisition in September of Cortland South Mountain, is a testament to the buyer’s bullishness on Phoenix’s growth drivers and long-term outlook, Morin added.

The property is more than two-thirds leased, according to CoStar research. While that’s well below the market average vacancy rate of about 90%, it is on par with a property that was completed in 2019 and is still leasing up.