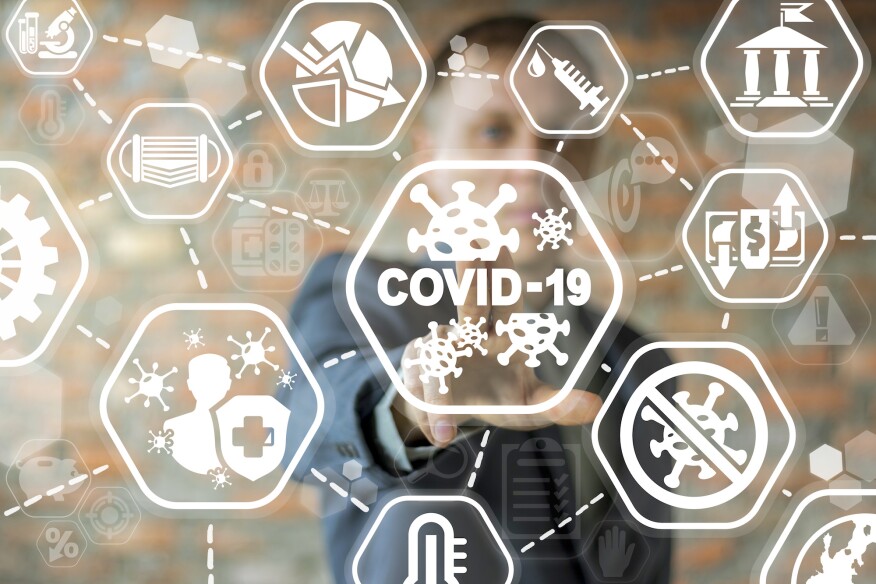 CoStar Group, a provider of information and analytics for the multifamily and commercial real estate industry, is trying to stay ahead of the curve of what’s coming down the road for multifamily investors. The firm and STR, its hospitality data and analytics arm, recently issued some preliminary findings predicting a bumpy ride.

CoStar is anticipating a spike in capitalization rates, which are tied to the availability of both jobs and capital. “There are several forces that will likely push up capitalization rates, primarily employment projections, and an expected lack of liquidity,” says Andrew Rybczynski, managing consultant, CoStar Group. “As investors underwrite deals, they will need higher cap rates in order to meet projected returns.”

Cities and regions of the country that rely on the hospitality industry are especially at risk from long term detrimental effects of the virus. Data from STR about what’s happening in one of the two infection hot spots shows the trouble is headed to the Northwest. The findings include a prediction of “a 66.1% decrease in revenue per available room, week over week, in Seattle, where the coronavirus hit hardest, first.”

The good news is that with the coming contraction the hospitality meccas of Las Vegas, Orlando, New Orleans, and Honolulu don’t have a lot of multifamily inventory in the pipeline that would be affected by the slowdown. Of that group, Orlando is the most vulnerable.

Per the data, “Orlando is the most at risk to diminished demand, with roughly 5.5% of units underway, but the other three metros are all below 4%.” Things are just the opposite in Miami, Boston, and Nashville where the pipeline is full. On a national level, most of the units under construction are targeted at the upper end of the market.

Looking past the course of the virus does provide some encouragement for a hospitality and job rebound. “The U.S. hotel industry is resilient as our rebound numbers post 9/11 and post 2009 show that Americans love to travel,” says Jan D. Freitag, senior vice president of lodging insights at STR. “But when that rebound will occur is just too early to guess, right now the data points at a prolonged downturn.”

CoStar also reports that the rise of rent growth has paused, especially in the luxury class. The lull is hitting right at the start of the busy spring season. “Historically, we see rents rise from January to August, with March as a particular bright spot,” notes the data. “This year, week-over-week rent growth has gone negative, something not seen in previous years.”

The overall drop of the consumer side of the economy is fueling multiple economic slides. “We believe rent growth is stalling because demand is drying up. As employment suffers, net absorption typically dips. An expectation of poor employment growth will cause lower rent growth forecasts,” says Rybczynski.