The coronavirus pandemic has tilted the scales for business prospects in Phoenix, with about 75% of prospective companies working with the Greater Phoenix Economic Council seeking industrial space, a shift from a usual average of about 40%.

Thomas Maynard, vice president of business development for GPEC, said that of 234 active deals, 176 of the companies are seeking industrial space during a Sept. 15 regional report on the Phoenix office market hosted by GPEC.

Despite a skew in the statistics, he said, Phoenix has been the recipient of major expansion announcements that will require office space, including Zoom and Robinhood, which have announced expansions into the Valley but have not selected offices.

The Valley has about 1.59 million square feet of office space under construction, according to GPEC statistics, and Cullen Mahoney, vice president with Trammell Crow Co. in Phoenix, said his company is forecasting a 17% office vacancy rate at the end of the year. Phoenix has a large amount of office space that has become obsolete, which artificially increases vacancy rates, so a 17% vacancy is considered to be at equilibrium as opposed to being a tenant’s or landlord’s market, he said.

Trammell Crow is building Axis Raintree in north Scottsdale, a speculative office development, and has made some adjustments because of the pandemic, Mahoney said. The firm has adjusted the mechanical systems in the building to allow more outside air in and is pursuing WELL certification for the building. Touchless doors and appliances in the lobby and restrooms are also being installed.

Mahoney said he is not expecting to see any new speculative office construction in the next six months, adding that financing for spec development has “effectively dried up.” 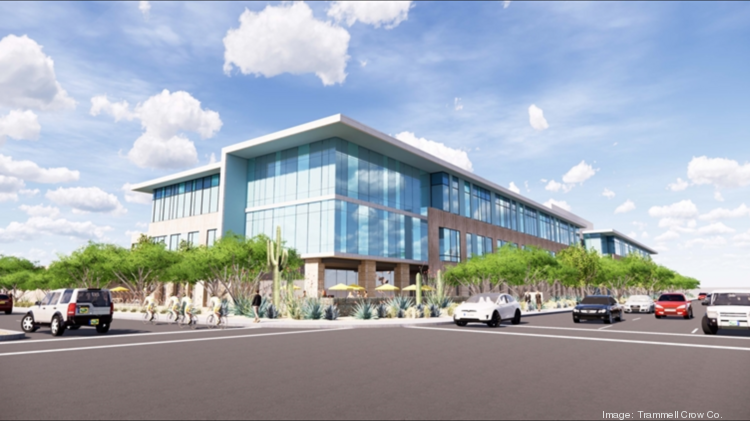