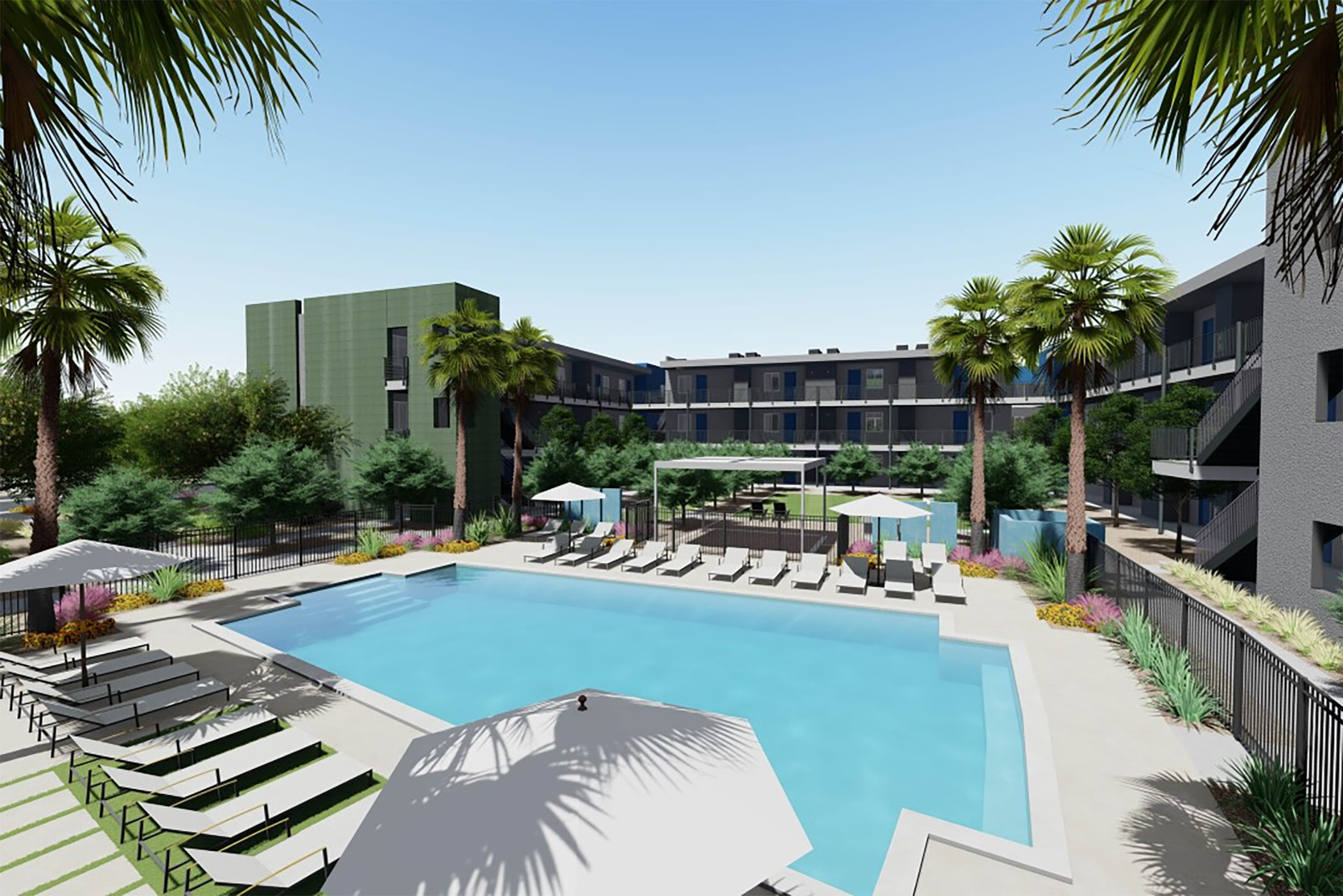 Greenlight, based in Scottsdale, Arizona, said it expects to finish construction on the property known as Cabana Encanto on an 8.8-acre parcel at 2323 N. 150th Drive early next year. The company, which bought the property in June, plans 114 studio, 114 one-bedroom and 58 two-bedroom apartments at the site.

Greenlight describes itself as among the first companies in greater Phoenix to focus solely on building what it calls “attainable” housing to fill the gap between affordable and luxury apartments.

The developer said its Cabana properties have a larger-than-average number of studio units to help keep rents lower for residents. Its first new communities in Phoenix are Cabana on 12th, where rents start at $934 per month, and Cabana on Washington, with rents starting at $999. Both are now being leased.

The $45 million Cabana Encanto project is next to Goodyear’s new Civic Square project and is close to several large employers, including Amazon, pet goods provider Chewy, Cancer Treatment Centers of America and Microsoft.