Article originally posted on CoStar on May 28, 2020 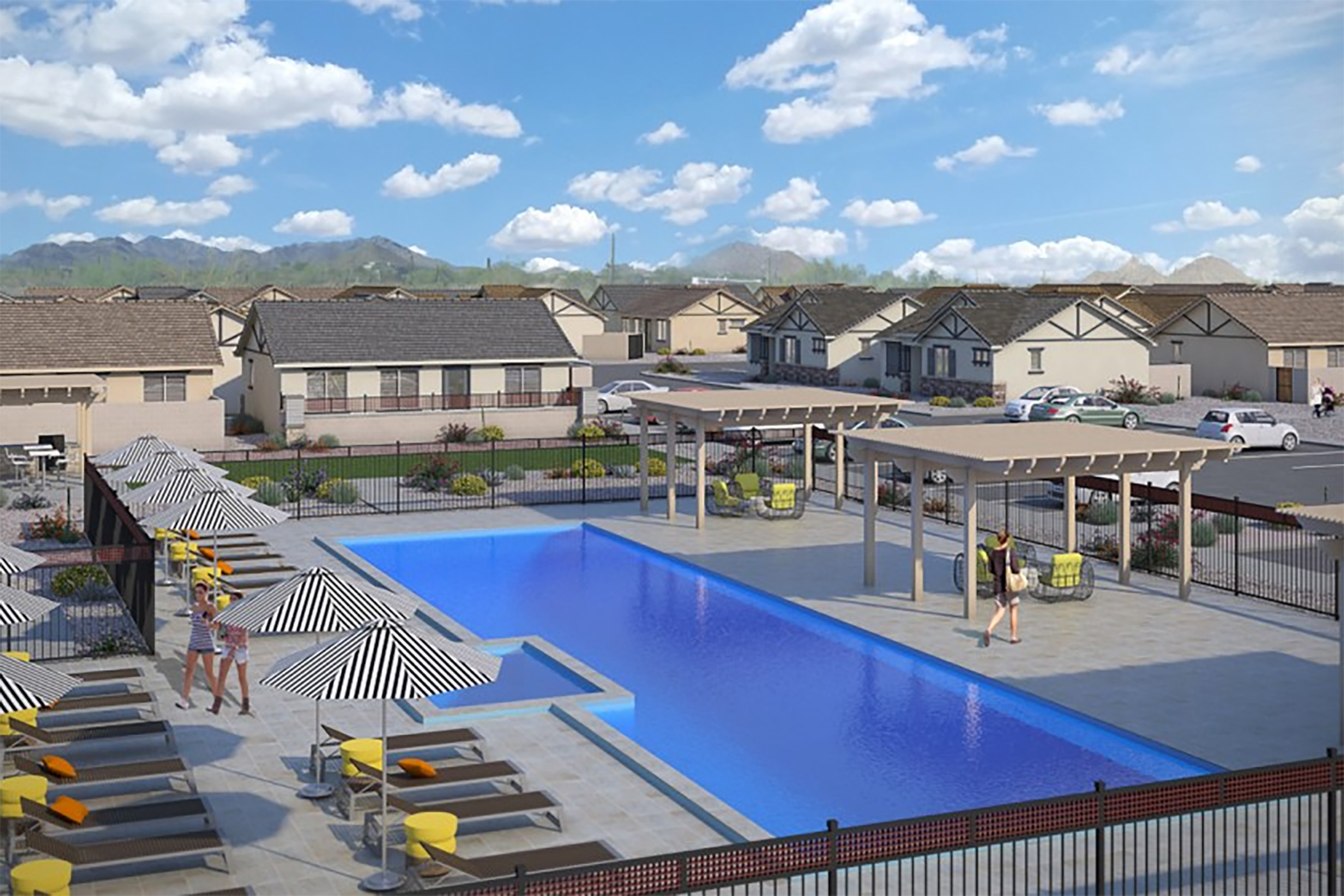 Phoenix planning officials next week are scheduled to weigh a proposal by a real estate developer to build a single-family residential rental home project in Camelback Ranch.

The Empire Group of Companies, based in Scottsdale, Arizona, filed plans in March to build 194 single-family, for-rent homes in a project called Village at Camelback Park on 18 acres at the northwest quarter of Camelback Road and Ball Park Boulevard.

Even as multifamily rents have softened as a result of the effects of the coronavirus pandemic, single-family detached rentals have become more abundant in the Valley of the Sun, especially as national home builders such as Toll Brothers and Taylor Morrison Home have started building projects, according to CoStar Analytics.

Empire Group is asking the city to rezone the property from farm and ranch residential use to higher-density development that would allow allow between 10 and 15 rental dwellings per acre, according to city planning documents. The Phoenix Planning Commission is expected to consider the zoning changes and general plan amendment to allow the development on June 4, and if they are approved, the City Council would hold a June 24 public hearing on the project.

Village at Camelback Park is proposed to include 66 one-bedroom, 114 two-bedroom and 14 three-bedroom units, according to planning documents. The surrounding area includes the Camelback Ranch baseball training complex.

Empire Group is headed by real estate veteran Richard Felker, who has developed over 100 projects in Phoenix valued at more than $1 billion over the past 40 years. The company is building other single-family, for-rent projects, including Village at Olive Marketplace in Glendale and Village at Pebble Creek in Goodyear.