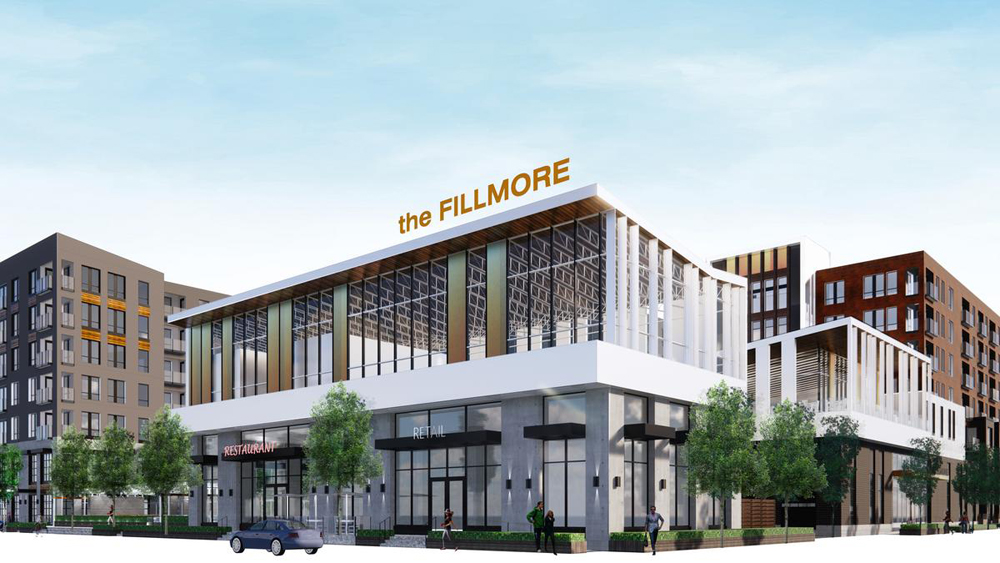 Developers have started work on The Fillmore, a 348-unit apartment building packed with unusual amenities including a shared office space and a “tequila room,” the latest residential project to break ground in the warehouse district of Phoenix’s rebounding downtown.

The project includes 480 parking spaces and 7,000 square feet of retail space on the ground floor. Trammell Crow designed the apartments to appeal to a diverse and growing renter base fueled by growth in Phoenix’s biotech and education sectors, including the expansion of Arizona State University’s downtown graduate and medical programs and the extension of the city’s Metro Light Rail system to serve new neighborhoods, Trammell Crow principal Paul Tuchin said in a statement.

Beyond the usual building amenities like a fitness center and pool, the building’s clubhouse is planned to have work-from-home suites and a “tequila room” for residents to imbibe and socialize, according to an announcement about the project.

Downtown and midtown Phoenix developers are trying to keep up with robust demand for rentals in the area, which has kept the area’s vacancy rate below its long-term average despite heavy construction, according to CoStar Analytics. Projects have included luxury developments as well as affordable housing, with alternative investment firm Defer Gain and Los Angeles-based Pacific Oak Capital Advisors agreeing this summer to build units in distressed downtown neighborhoods.

Over the past 12 years, the Metro Light Rail has extended to 20 stops while the Phoenix Convention Center has tripled in size and the CityScape mixed-use center has brought entertainment, dining and shopping, a new hotel and high-end office space, according to CoStar.