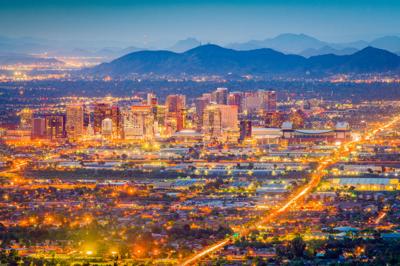 Arizona’s economy might be slowing, but two economists say the state should have a strong 2020.

Lee McPheters, research professor of economics and director of the JPMorgan Chase Economic Outlook Center at Arizona State University, says the state is expected to add about 70,000 jobs in 2020. That’s compared with 74,000 in 2019 and nearly 79,000 in 2018. Arizona is third in the U.S. for job growth this year, he said.

“We have enjoyed a robust recovery – somewhat slow to get started but since then proceeding at a good clip,” McPheters said at the 56th annual Economic Forecast Luncheon held last week by the W. P. Carey School of Business, according to ASU’s website.

According to McPheters, nearly 17,000 new construction jobs were created in 2019, followed by about 14,000 jobs being added in the health care industry.

“Construction is important in a growth state like Arizona, but Arizona is also a top 10 state for transportation and warehousing, science and technology, manufacturing and health care,” he said. “We have a diverse structure of growth now. It’s not all real estate and construction.”

A University of Arizona economist also says that 2019 was a banner economic year for the state, and he expects next year to be the same if not better.

George Hammond, director of the Economic and Business Research Center at the university’s Eller College of Management, attributed Arizona’s strong year to positive job gains and population growth, according to the Arizona Republic. But Hammond pointed out that Arizonans continue to earn less than others around the nation with no sign of the gap closing.

As the state’s capital and largest city, the economist said, Phoenix produces a majority of the job growth, with Tucson not too far behind.