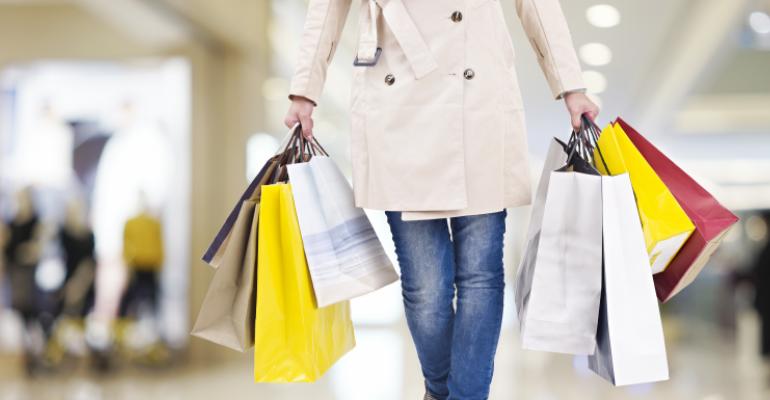 Single women might just single-handedly boost the success of retailers like Lululemon, Nike, TJ Maxx and Ulta Beauty, according to a new study by investment bank and financial services company Morgan Stanley. The study is called the “Rise of the SHEconomy.”

Based on the U.S. Census Bureau data, the total number of single women in the U.S. will expand from 67 million to 77.5 million by 2030, with that demographic growing by 1.2 percent a year, compared to growth of 0.8 percent in U.S. population in general.

Women are getting married later in life, in addition to getting divorced at higher rates after age 55, the study notes. Also, women who have never been married are the fastest-growing sector of the female population.

At the same time, more women are getting college degrees. In 2018, 35.3 percent of U.S. women had completed four or more years of college vs. 34.6 percent of men, according to data from sources including the National Center for Education Statistics and the U.S. Census Bureau, a reversal of a trend of more men holding college degrees that lasted well into 2000s. That, along with a lower birth rate and women delaying having children until later in life, has led to more women participating in the labor force and having higher disposable incomes than in years prior, Morgan Stanley researchers write.

“Being single now occurs across all ages and life stages for women,” notes Bridget Brennan, CEO of Chicago-based Female Factor, a consulting firm that helps companies market and sell to women. She’s also the author of Winning Her Business: Transforming the Customer Experience for the World’s Most Powerful Consumers.

“There are many factors behind this, including delayed marriages, divorce, the cultural acceptance of living together, an increase in diverse, non-traditional households and family structures, and women’s longer life expectancy,” Brennan says.

That means retailers can’t lump all single women together when marketing to them.

“Relying on age alone to predict a woman’s lifestyle and spending patterns can be wildly misleading,” she notes.

Morgan Stanley found that by share of income, single women outspend the average household in every category except men’s and children’s apparel, and this growing group is expected to fuel spending growth in sectors including apparel, beauty and restaurants.

“Annual expenditures driven by single women should grow disproportionately to other spending cohorts,” the study found. “Additionally, the rise in labor force participation and closing wage gap should further influence this divergence.”

The study forecasts that activewear and off-price retailers will benefit from single women’s buying power, with best-positioned brands including Lululemon, Nike, Ross Stores and TJX Cos.

For Lululemon and Nike, the report said single women work out 1.5 more hours per week than married women do (which is also true for single men), which translates into both more demand for athletic brand apparel and into the need to replace purchased clothes more frequently.

Lululemon’s sales are booming with same-store sales in the first quarter growing by 14.0 percent, beating analysts’ estimate of 11.6 percent growth.

Nike is also marketing merchandise more toward women—going so far as to declare 2019 its ‘year for women.’

And both retailers are working to offer more experiences in their stores.

Lululemon has led the athleisure fashion movement, becoming one of the primary players in the $290 billion industry that is expected to grow further, to $355 billion, by 2021. The retailer opened a 20,000 sq.-ft. experiential store in Chicago’s Lincoln Park neighborhood in July. The store offers yoga/fitness studios, a meditation area, a full locker room and café. Also, the new store allows shoppers to take an exercise class in the gear that they’re considering purchasing to test it out first.

Meanwhile, Nike has a new smartphone app intended to bridge the worlds of tech and physical retail. For example, shoppers can “shop entire looks” on in-store mannequins via Nike Scan and Instant Checkout, allowing them to skip the lines and choose digital check-out.

Off-price retail will also continue to be a hot sector and Ross Stores and TJX Cos., the parent company to Marshalls and TJ Maxx, are primed to benefit the most from more single female shoppers, Morgan Stanley reports.

The study says not only do women make up 60 percent of Ross and TJX Cos.’ shoppers, but single women—who earn less on average than their married counterparts, but are more willing to spend on apparel and shoes and are expected to spend increasingly more money on home furnishings—like both the value and the “treasure hunt” experience offered at off-price stores.

In the second quarter, TJX Cos.’ consolidated same-store sales rose by 2 percent, though the growth was below the 6 percent increase during the same quarter a year ago.

For Ross, same-store sales increased by 3 percent in the second quarter, on top of last year’s strongest quarterly growth of 5 percent.

Single women are especially big spenders in the personal care and beauty category and spend close to the household average, which reflects the expenditures of 2.58 people, Morgan Stanly reported. The study says Ulta, Sephora and Estee Lauder are well-positioned to reap the benefits from the burgeoning single women population.

For each retailer, more than 75 percent of their business already comes from female shoppers. The industry is poised for even more growth as Gen Z women, who spend more on make-up than any other generation did at the same age, grow into prime spending years and delay marriage, the study notes.

Beauty industry giants Sephora and Ulta continue to thrive and expand their footprints.

For restaurants, the study found that while single men typically outspend single women when eating out, some restaurant chains could profit from the closing gender wage gap. These include fast-casual chains like Chipotle Mexican Grill and Starbucks where women already make up more than half of their customer base. Other brands with a relatively high exposure to women consumers include Panera Bread and Panda Express.

“Starbucks is already popular with women,” the report notes, while Chipotle also draws women consumers as it has “both a healthier image vs. most limited service restaurants and relatively high exposure to urban, professional customers. We’d expect this to remain an advantage as single women increase spending power.”

Single women favor brands like Lululemon and Nike, and “it’s no coincidence that both of those brands have invested heavily in experiences beyond just selling stuff,” notes Nikki Baird, vice president of retail innovation at Aptos, an Atlanta-based retail technology solution provider.

She adds that other retailers like Ulta and Starbucks are building strategies focused on experiences as well: Ulta with its in-store beauty services and Starbucks with its Reserve Roastery experience stores.

Meanwhile, at the other end of the spectrum, Baird notes that “retailers who offer convenience will also win big if they can save shoppers time and/or save money by offering utility experiences that are fast and cheap.”