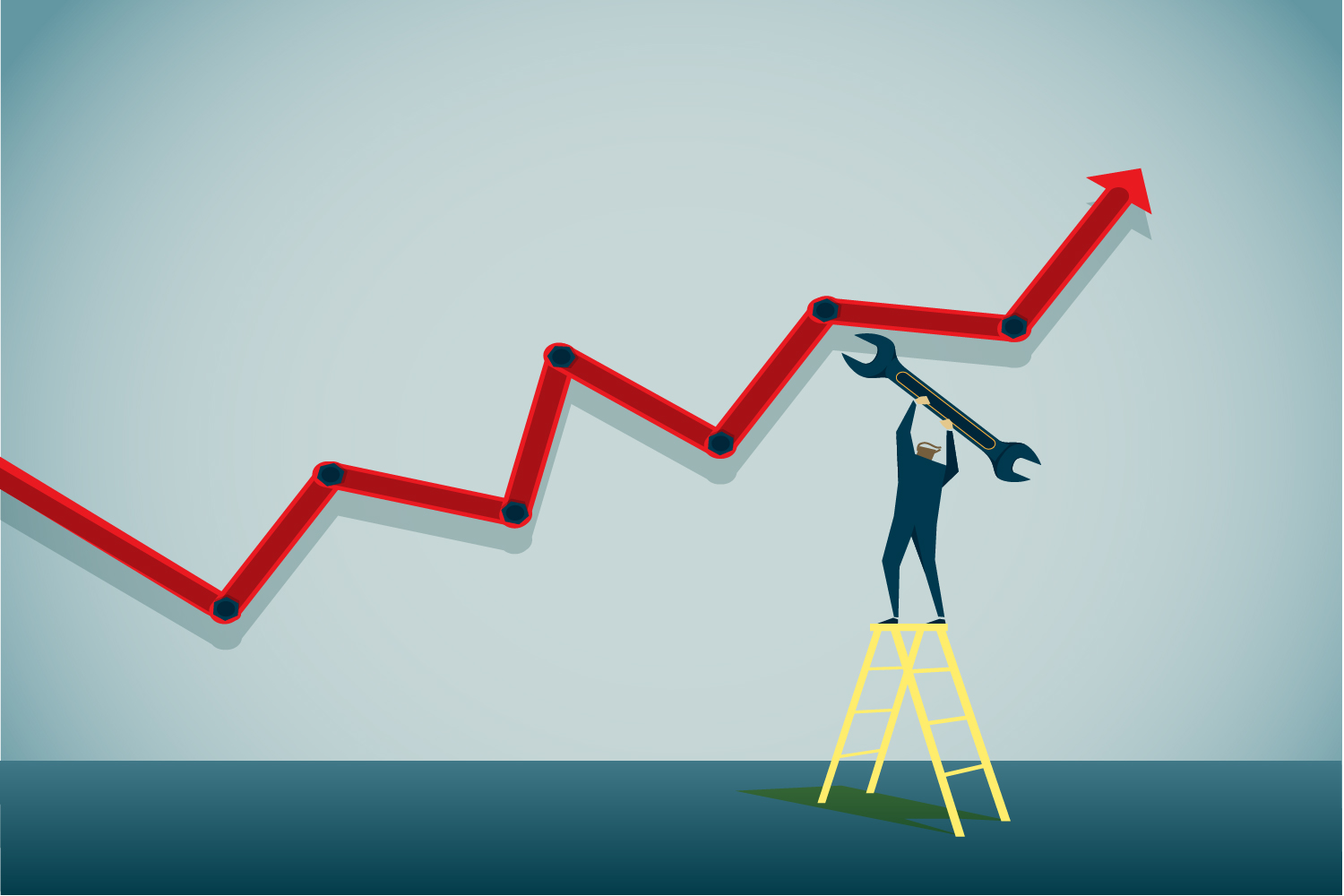 Hiring in the second quarter of 2021 narrowly beat economists’ expectations. In normal times, this would cause few changes to economic projections. But these aren’t normal times. Widespread vaccine deployment in the late spring led to improved health conditions, buoying expectations for recovery over the rest of the year. Falling coronavirus cases and death rates allow more COVID-related restrictions to be lifted, the thinking goes, leading to robust consumer spending and a bigger boost to economic growth over what had been projected earlier in the year.

And hence many analysts have been upgrading their forecasts of what is likely to occur, and of what we might see if current assumptions are too optimistic or too pessimistic. For example, independent research firm Oxford Economics provides four economic “scenarios” each quarter. Its latest projections, released June 30, show much larger job gains in 2021 in each scenario than in its first-quarter projections.

Oxford moved up the date by which 2020 job losses will be fully recovered in its baseline scenario from the third quarter of 2022 to the first quarter of that year. The most notable difference comes this quarter, when hiring is expected to net 3.4 million jobs — or over 1.1 million jobs per month. These jobs are mostly expected to be added in the leisure and hospitality sector as consumers are more able to travel, dine out and resume their pre-COVID entertainment spending. Higher levels of spending would be supported by steady gains in household incomes and a store of excess savings accumulated over the pandemic, just waiting to be unleashed. But this scenario also assumes the passage of some version of the Biden administration’s America Jobs Act, pumping over $1 billion into infrastructure spending over the next few years.

Increased hiring correlates with improved demand for commercial real estate across the board. In the office sector, however, that relationship has changed in the past year in markets with large concentrations of tech firms, as many of these companies continue to adopt extended work-from-home policies. Because job numbers reflect the location of the firm, not the employees’ physical location, job growth has outpaced office utilization, suggesting that office demand could remain weak for an extended period.

In a more upbeat outlook, Oxford’s moderate upside scenario shows employment fully recovering last year’s losses by the end of 2021, a quarter earlier than the March forecast projected. This might occur if consumers were even more spendthrift than assumed in the baseline forecast, or if an additional spending package were to emerge from Washington, D.C.

For consumers to further increase spending, however, it is likely that coronavirus cases will need to once again see notable declines. The recent news on that front has not been encouraging, with the delta variant spreading more widely, especially in regions where vaccinations rates are low.

For more pessimistic outlooks, Oxford provides two downside scenarios. Even in those cases, employment growth is expected to be faster than in its March outlook given the better-than-expected activity in the second quarter.

Oxford notes that possible drivers of downside scenarios are weaker consumer spending levels due to slower vaccination rates and continued or reimposed restrictions, or a sharp rise in inflation and inflation expectations.

The latter appears to be developing, as the Federal Reserve Bank of New York’s Survey of Consumer Expectations showed that consumers expect prices to rise by 4.8 percent over the next year, up from 4 percent in May and 3.4 percent in April.

In the extreme, Oxford considers the economic outcome of a severe contraction in the second half of the year, possibly due to more transmissible and virulent COVID variants, coupled with stress in financial market conditions leading to a credit crunch. While this would obviously be a poor path forward for the economy, even in this scenario job growth is anticipated to be better than expected in the March outlook.

The probability that these downside risks will appear in a meaningful way seems low. Financial conditions, for example, have improved since the start of the year. The Federal Reserve Bank of Chicago’s National Financial Conditions Index, which measures financial stability across a broad range of financial markets, measured negative 0.7 for the week ending July 16. Readings greater than zero have historically been associated with tighter financial conditions.

As the unusual events of the COVID pandemic era unfold, CoStar has reviewed its projections for commercial real estate fundamentals over the next few years, and in particular assumptions for the speed at which workers will return to work. The likelihood of a slower return, especially for office users in large tech-heavy markets where workers are more able to work remotely, such as San Francisco; Seattle; California’s East Bay region; Austin, Texas; and Raleigh, North Carolina has evidently increased. In line with other analysts, CoStar has revised its office vacancy forecast, which appears in the recent release of the quarterly snapshot for the second quarter 2021 as well as in the forecast going forward. The impact of this revision has lifted vacancies in several markets from their forecast for the first quarter of 2021, slowing net absorption over the next few quarters, with rent growth decelerating.

An advance estimate of gross domestic product growth in the second quarter is set to be released on Thursday. Expect a big number, possibly into double digits, as consumer and business spending accelerated on reopening after a solid but still largely locked down first quarter.

That figure will be followed on Friday by the release of June data on personal income and outlays, with the former likely seeing a slowing as stimulus checks wane, while spending continues to grow as consumers now turn away from durable goods such as furniture and home office equipment toward restaurant meals and travel. The latest price index for personal consumption expenditures, also released on Friday, should confirm the recent spike in inflation shown by the consumer price index.