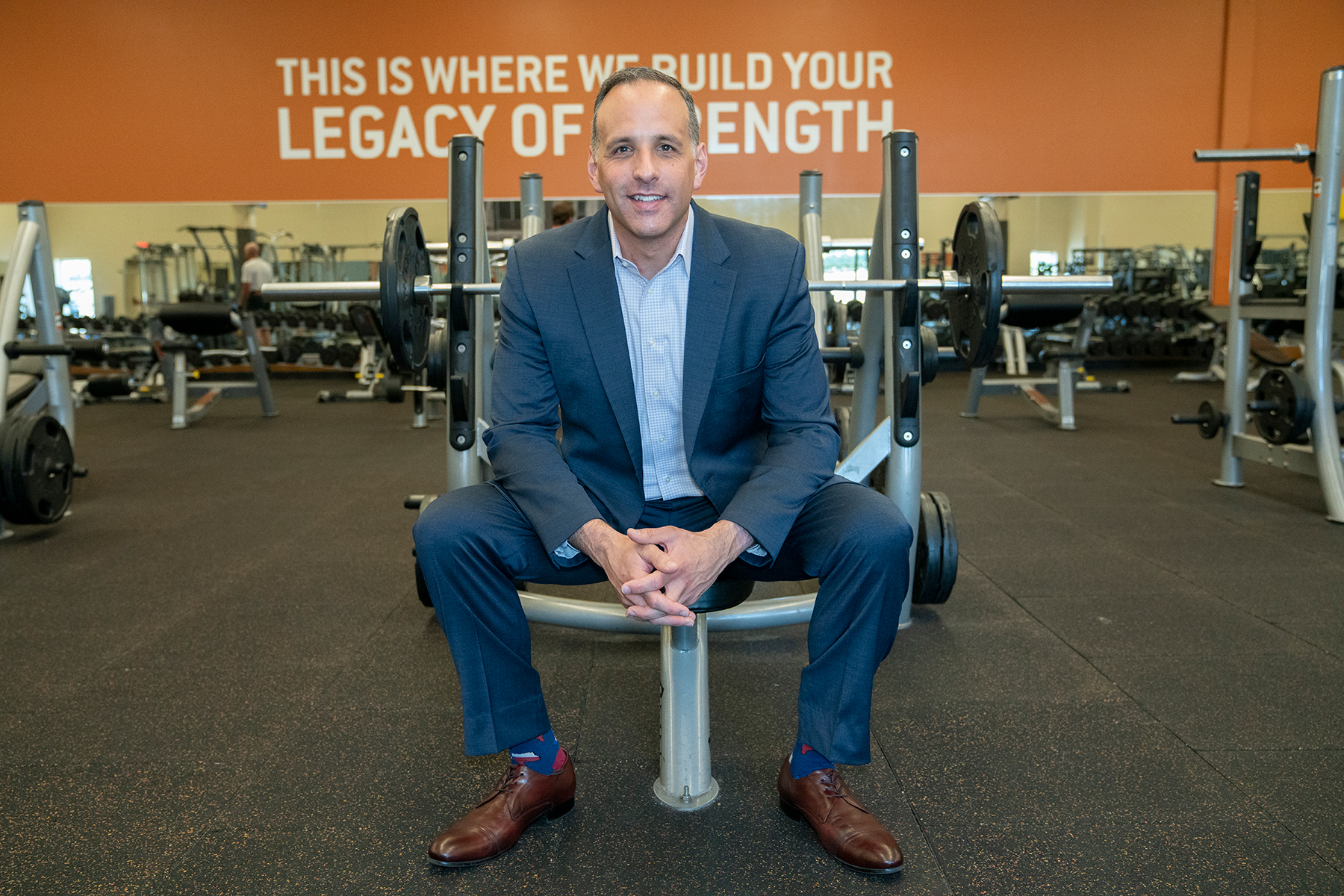 The property strategy whittles the traditional “big box” Gold’s Gym model into a business scaled for urban spaces and lower prices, a move meant to lure a new type of franchisee, said President and CEO Adam Zeitsiff in an interview.

“This is an added complement to our existing footprint and gives us the ability to grow in markets with less money to build a facility,” Zeitsiff said. “It attracts a whole new level of fitness entrepreneur to the brand.”

The move provides one strategy for a retail industry that has been hit hard by the pandemic. Before the coronavirus, gyms were seen as a way to draw foot traffic to other stores in retail property centers. Now the locations of gyms, in which members can be concerned about the spread of coronavirus with shared equipment and heavy breathing from exercise, is one area under review.

Under the new Gold’s Gym model, franchise fees for building out a location are $1.5 million to $2.5 million, instead of $3.5 million to $4 million. The smaller locations start at around 10,000 square feet.

“It’s much more cost effective and gives the opportunity for other franchise owners to invest in the brand and fitness,” Zeitsiff said.

Dallas-based Gold’s Gym filed for Chapter 11 bankruptcy protection in early May in the U.S. Bankruptcy Court for the Northern District of Texas. The company has since permanently closed about 30 of its corporate-owned U.S. gyms because of restructurings tied to the bankruptcy, and it now has about 62 company-owned gyms.

The company has a virtual auction July 13 that was approved by Judge Harlin Hale. Rival bidders have until July 9 to put in their bids. The initial stalking horse bid of more than $80 million comes from the company’s majority stakeholder, TRT Gym Asset Holdings LLC, an affiliate of TRT Holdings, as well as an affiliate of the debtor’s post-bankruptcy debtor-in-possession lender.

“No matter who owns us upon emerging from bankruptcy, we will continue to grow as Gold’s Gym and be the best franchiser of fitness facilities and leverage our popular brand on equipment and other offerings,” Zeitsiff said, adding he expects Gold’s Gym to emerge from bankruptcy in early August after the conclusion of the auction.

Prior to the pandemic, the 55-year-old fitness brand had been working on plans to scale its franchise model to give its franchisees more opportunities to invest in the ownership of a full-service, full-amenity gym outside of the typical Gold’s Gym model.

The leaner fitness facilities include cardio and strength equipment, locker rooms, group exercise rooms, personal training areas and a Kids Club, which provides child care to members. In those spaces with at least 15,000 square feet, Gold’s Gym can include boutique-style fitness programs, such as boot camp or cycle classes, as well as recovery areas.

Craig Sherwood, the chief development officer for Gold’s Gym, said the designs of the more compact facilities were produced after a “significant amount of time and research.”

“We don’t want to compete with budget gyms and yet we are not a posh country club-style gym,” he added. “We still wanted to deliver a full-service gym with full amenities, but just in a smaller space.”