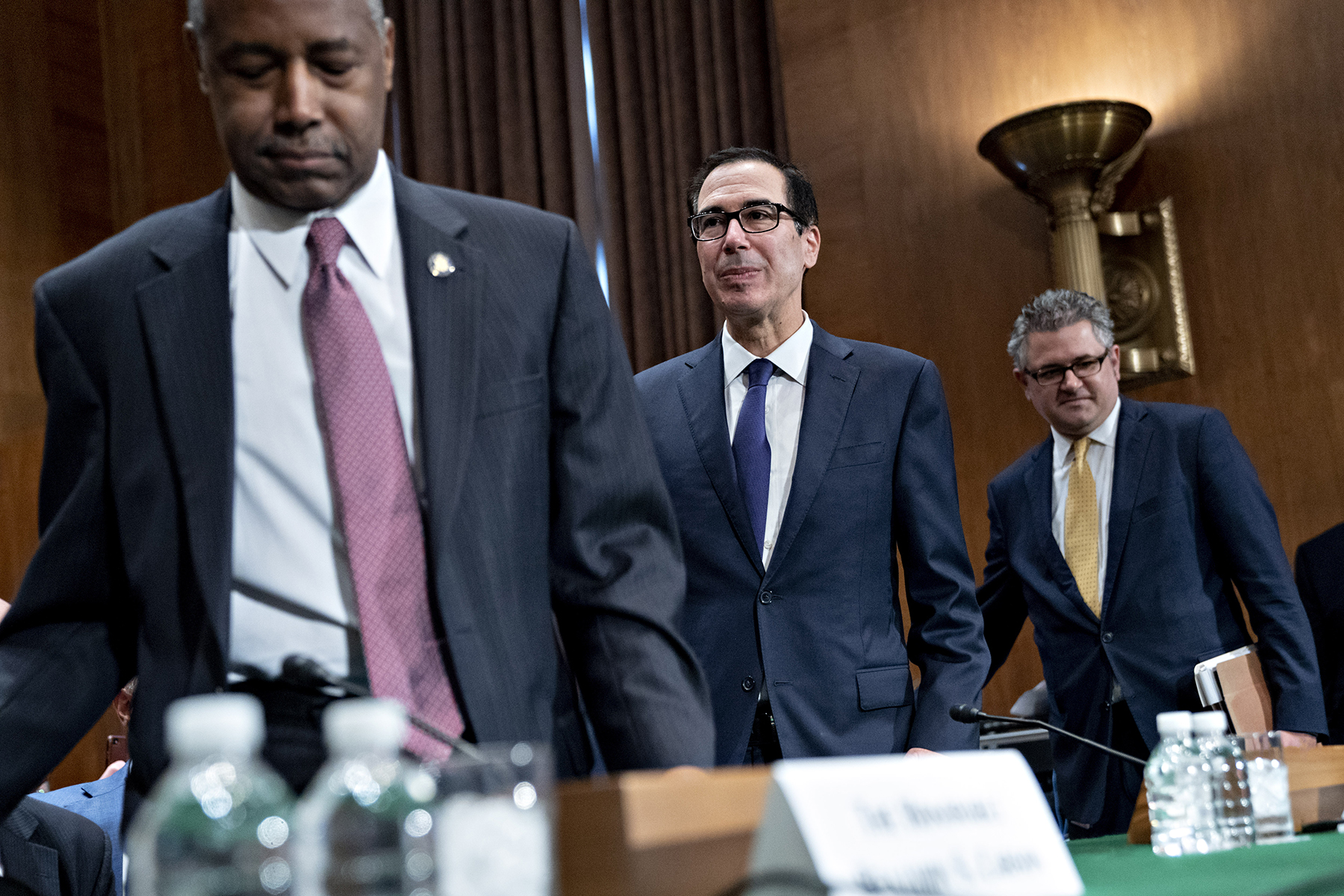 The Federal Housing Finance Agency is moving to place limits on Fannie Mae and Freddie Mac’s multifamily loan purchases after the Trump administration proposed a reduction in the government’s role in the U.S. housing finance system.

FHFA removed from the two government-sponsored enterprises, known as GSEs, exclusions that effectively allowed them to make unlimited purchases of multifamily mortgages. The agency, which oversees the Federal National Mortgage Association, or Fannie Mae, and the Federal Home Loan Mortgage Corp., Freddie Mac, capped their purchases at $100 billion each for the five quarters beginning Oct. 1 through the end of 2020.

The new limits apply to all multifamily business, with no exclusions. Up until now, affordable housing loans have been exempt from those caps. As part of the new caps, FHFA has directed that at least 37.5% of the Fannie and Freddie multifamily business go to affordable housing. Previously, FHFA capped the amount of loans the two could purchase at $35 billion a year each in multifamily acquisitions, though in part because of the exemptions, the caps gave the two an almost unlimited ability to expand – and they have.

The new caps still give Fannie and Freddie enough leeway to continue their recent levels of loan purchases, but are designed to signal that the Trump administration wants to change housing finance and shrink the scope of Frannie and Freddie.

“Multifamily housing is a critical component of addressing our nation’s shortage of affordable housing,” according to a statement from FHFA Director Mark Calabria in announcing the new caps. “These new multifamily caps eliminate loopholes, provide ample support for the market without crowding out private capital, and significantly increase affordable housing support over previous levels.”

The FHFA ended the exemption for so-called green loans that have swelled the books of Fannie and Freddie in recent years. Loans that finance energy and water efficiency improvements will be considered “conventional business,” grouped in with the financing of, say, Class A or market-rate apartments, unless they meet other “mission-driven” affordability requirements.

Through the first half of this year, Freddie Mac’s new business volume would fall within the new caps. Freddie Mac reported $31.2 billion in new multifamily business through June 30, with 55% of that falling outside its current cap.

Capital market analysts at Keefe, Bruyette & Woods anticipated that FHFA would go back to caps on multifamily lending without the exemptions that have been in place in only recent years after Calabria testified this week at a Senate hearing.

“A key point the administration officials seemed keen on making was that the GSEs would hold significantly more capital than they have in the past,” KBW analysts wrote. “They did not indicate what new capital requirements would be but they delivered a clear message that higher capital rules are on the way. Also, Director Calabria was adamant that he intends to shrink the GSEs.”

At the hearing, Calabria testified that Fannie and Freddie guarantee a combined $5.5 trillion in single family and multifamily mortgages yet have just $6 billion in capital reserves.

Fannie and Freddie have grown from owning or guaranteeing 25% of outstanding multifamily debt in early 2008 to about 50% of recent multifamily loan originations, according to the Department of Treasury.

Late last week, the departments of Treasury and Housing and Urban Development released legislative and administrative housing finance proposals designed to limit the amount of federal support the government would have to provide as a backstop to Fannie and Freddie in the event of another major financial crisis. In the last recession of 2008, the federal government covered their losses of about $190 billion.