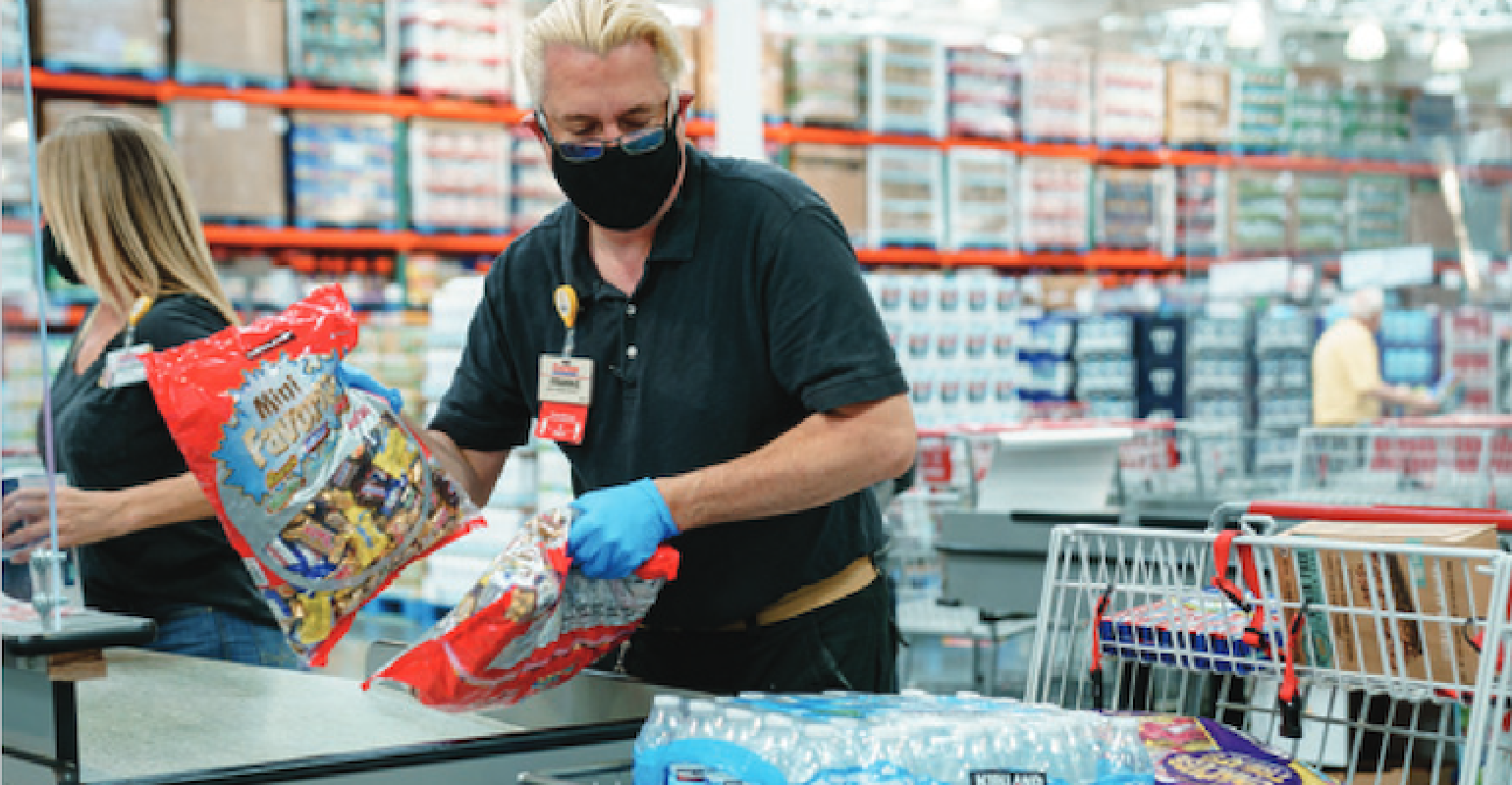 Despite an overall dip in U.S. retail sales, grocery store sales registered strong growth in May as elevated inflation lifted prices but led many consumers to rein in spending in discretionary categories.

May U.S. retail and foodservice sales totaled $672.87 billion (seasonally adjusted), down 0.3% from April but up 8.1% from May 2021, the U.S. Census Bureau reported in advance estimates released this week. Retail trade sales — excluding motor vehicles and parts stores, gas and repair stations — fell 0.4% sequentially to $587.89 billion in May yet were up 6.9% from a year earlier.

Related: Food-at-home prices in May up 11.9% from a year ago

For April, grocery store sales were flat from March and up 8.3% from a year earlier, whilefood and beverage store sales dipped 0.1% sequentially but increased 7.9% year over year.

Related: U.S. e-grocery sales trend down again in May 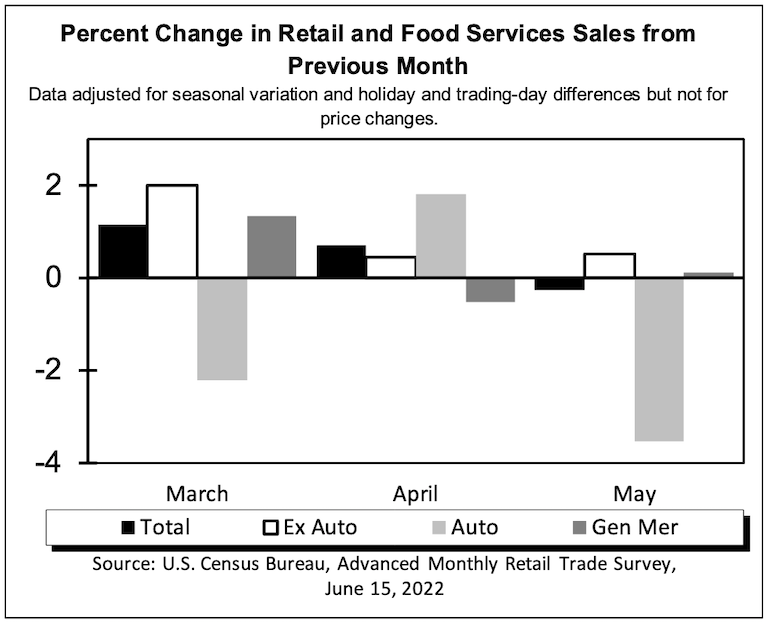 Last week, the U.S. Bureau of Labor Statistics (BLS) reported that the May Consumer Price Index (CPI) rose 1% month to month (seasonally adjusted) and 8.6% year over year, the highest 12-month increase thus far in 2022. May’s food-at-home index jumped even higher, up 11.9% year over year and marking the largest gain since the 12 months through April 1979, according to BLS. The month-over-month rise in the food-at-home index continues to be steep in 2022, up 1.4% in May after increases of 0.9% in April, 1.5% in March, 1.4% in February and 1% in January

“Retail sales are reflecting Americans’ growing concern about inflation and its impact on the cost of everything from groceries to gas,” according to NRF President and CEO Matthew Shay. “Retailers are doing what they can to keep prices down, but we continue our call on the administration to repeal unnecessary and costly tariffs on goods from China to relieve pressure on American consumers and their family budgets.”

Washington-based NRF’s estimate — which excludes automobile dealers, gas stations and restaurants to focus on core retail — indicated that May retail sales were unchanged on a seasonally adjusted basis from April but up 6.7% unadjusted year over year. In April, sales gained 0.4% month over month and 5.5% over 12 months.

May sales rose in eight of nine categories on a yearly basis — led by building materials stores, online retailers and grocery stores — were down in nearly half the categories month to month, NRF reported. Grocery and beverage stores saw sales climb 1.2% month over month seasonally adjusted in May and 7.1% unadjusted year over year.

“There’s been little relief from inflation, and we expected some cooling off in sales in reaction to prices, NRF Chief Economist Jack Kleinhenz commented on May retail sales. “There have been swings across sectors that reflect the impact of both higher prices and supply chain disturbances, and higher interest rates are expected to curb spending going forward. As inflation continues, consumers are looking for ways to stretch their dollars by saving less, tapping into savings accumulated during the pandemic and increasing their use of credit.”