A joint partnership between Dallas-based NewcrestImage and Las Vegas-based LaPour Partners has begun construction on a 199-room hotel at the Arizona Center.

The hotel, an AC Hotel by Marriott, will cost about $50 million to build. It is part of the ongoing revitalization of the Arizona Center near Third and Van Buren streets in downtown Phoenix. The hotel is scheduled to be complete by the first quarter of 2021.

“The Arizona Center got new ownership and they did a fabulous redesign,” said Jeff LaPour, president of LaPour Partners. “Downtown Phoenix has gone through a major evolution, and it’s really now a live, work, play mixed-use environment.”

The hotel is being built on Fifth Street between the Arizona Public Service Co. office building and the parking garage. The area, which once was a small grassy area with palm trees, also will have an apartment complex built near the site.

LaPour said there is demand for a modern, new hotel brand in downtown Phoenix. This will be the second AC Hotel by Marriott his company has developed in Arizona. The first, in the Camelback Collective near 28th Street and Camelback Road, opened last year. 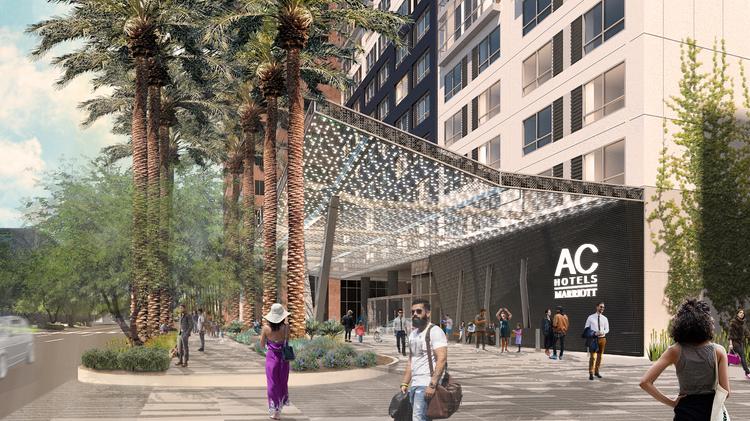