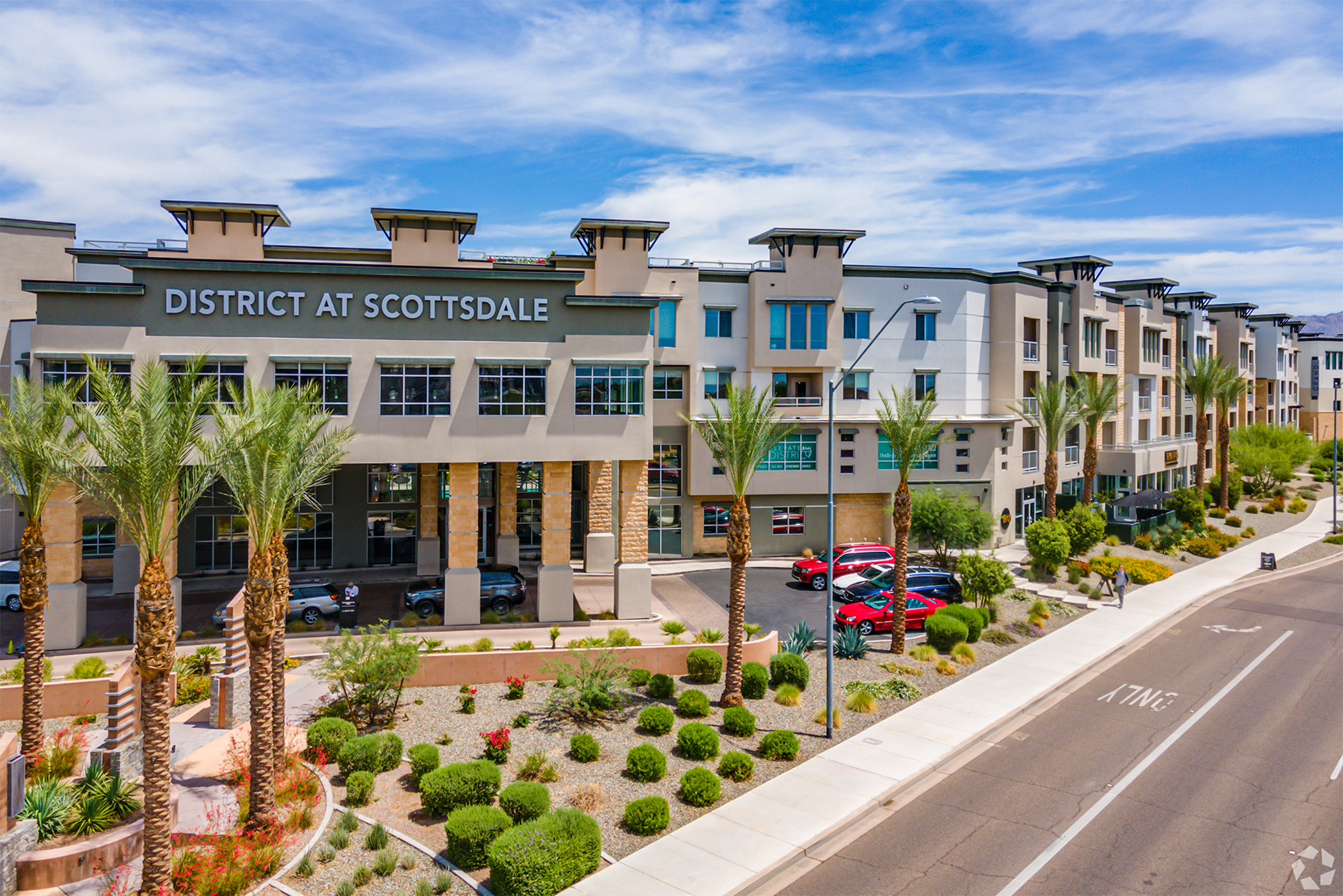 New York-based KKR paid $453,313 per unit for The District at Scottsdale, built in 2019 at 15475 N. Greenway Hayden Loop near the Scottsdale Quarter and Kierland Commons shopping and entertainment hubs, according to CoStar sales data. New York-based alternative asset manager Bluerock was the seller.

The deal is the largest apartment sale by total price since Salt Lake City-based apartment investor Millburn & Co. paid $178.5 million in February for the 832-unit Heritage at Deer Valley apartments, the highest total sale price for a single multifamily complex in Phoenix history, according to CoStar data.

The purchase increases KKR’s footprint in greater Phoenix to more than 2,600 units valued at about $650 million, the company said in a press release. The company has invested about $1.2 billion as part of its strategy to buy high-end apartments in fast-growing cities across the United States over the past 10 months.

The deal also marks one of the first large sales in North Scottsdale since the spring of 2020, when investors pulled back during the onset of the coronavirus pandemic, according to CoStar Market Analytics.

A large and growing pool of out-of-state private and institutional investors has completed large trades in suburbs such as Chandler and Glendale, fueling another torrid year for sales in the greater Phoenix area, the second-most active sales market in the United States after Dallas, according to CoStar data.