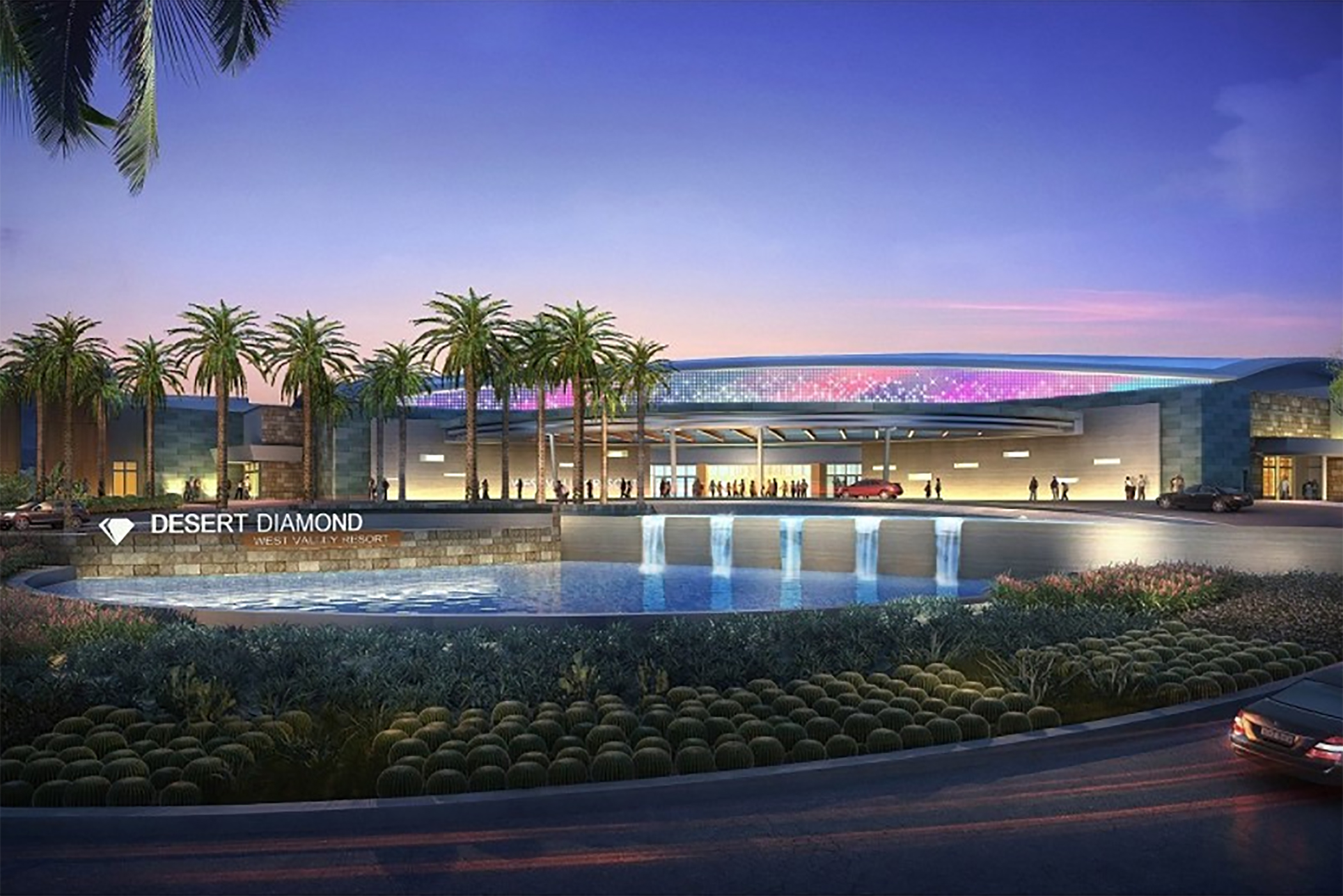 The 1.2 million-square-foot casino on 54 acres east of Loop 101 at 9431 W. Northern Ave. replaces a temporary facility that had operated since 2015, according to project developer Tohono O’odham Gaming Enterprise.

The new venue has 1,100 slot machines, more than 80 poker and blackjack tables and live bingo on a 75,000-square-foot gaming floor which is more than double the size of the interim facility, along with five dining venues and VIP areas. The casino is hiring and expects to employ more than 2,000 people, up from the 600 who worked at the temporary casino.

The casino bolsters the area’s growing entertainment district, which includes Westgate as well as Peoria’s P83 Entertainment District. Tribal gaming has been a growing source of economic growth in Arizona, which has more tribal land than any state with 20 million acres that comprises about 27% of the state’s total land area, according to the Arizona Indian Gaming Association. The tribes range in size from the Navajo Nation, which is larger than 10 U.S. states, to the 85-acre Tonto Apache Reservation.

The state’s tribes operate 23 casinos with Class III licenses for slot machines, blackjack, craps and roulette, according to the association.

Tribal gaming in Arizona had an annual economic impact of $4.7 billion in 2016, exceeded only by California’s $20 billion, Oklahoma’s $9.6 billion, $6.1 billion in Florida and $5.4 billion in Washington, according to a 2018 report prepared for the American Gaming Association.