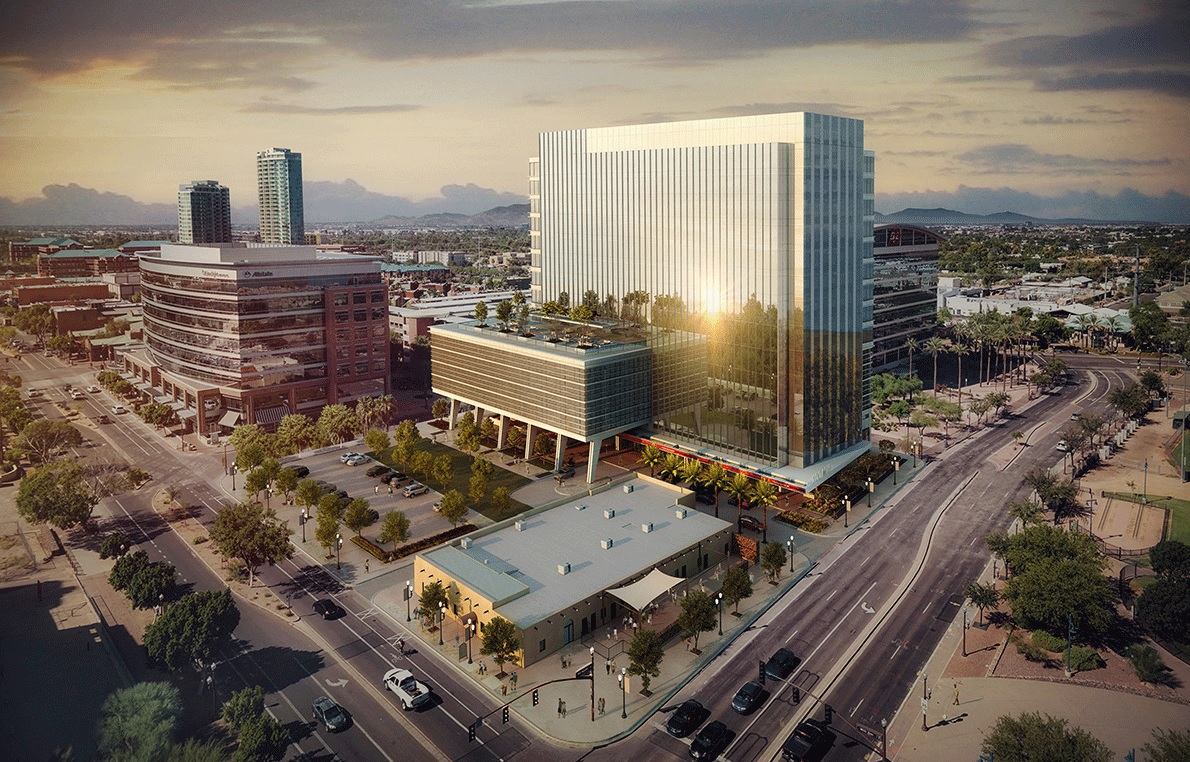 The Tempe, Arizona, construction pipeline is stocked with speculative projects as developers work feverishly to meet the overwhelming demand for office space. Tempe has become a nationally recognized office hub, known for its top-tier product, the presence of Arizona State University, lakeside views and walkable amenities that appeals to today’s workforce.

In an attempt to attract and retain top talent, technology and financial services companies, many of which are based in California, have scoured the submarket for a limited amount of available space, and developers are responding.

In mid-2019, Class A office vacancies in Tempe fell below 2%, far under the Phoenix market average of 14.7% during that time. The lack of available space hindered more significant net absorption last year. Over the past 12 months, net absorption, the difference between move-in versus move-outs, totaled 91,400 square feet, lagging the five-year average of 806,250 square feet, which is bolstered by State Farm’s phased move-in from 2015-2016.

Yet, several tenants preleased or grabbed space that was underway or newly delivered. DoorDash leased the entirety of the Grand II a few months after the 346,000-square-foot office complex completed construction in September. The building received significant interest from smaller tenants, yet Lincoln Property Group held out for the big catch.

Other notable leases included Opendoor, 100,810 square feet, and WeWork, 68,970 square feet, both committing to space in the Watermark, which completed in February. Deloitte recently signed a 31,000-square-foot lease for the top floor of 100 S. Mill Avenue, far ahead of the projects’ estimated completion in late 2021. Another undisclosed tenant committed to about 95,000 square feet within the same building.

The delivery of a few speculative projects has temporarily boosted Class A vacancy to about 8.3% in the submarket. The rate includes the Grand II, which DoorDash will occupy in the second quarter of this year. An additional 790,000 square feet is under construction in the submarket, representing about 5% of inventory, which is above the national index but lags other major tech submarkets across the country.

Construction in Austin’s Central Business District, for instance, accounts for about 18% of the submarket’s inventory, and in Midtown Atlanta, about 13% of stock is underway. Of Tempe’s construction total, about 62% is speculative, and all of the projects are within one and a half miles of Tempe Town Lake. The delivery of new office space is much needed and will give tenants more space options who are attempting to gain entry into the high-demand submarket.