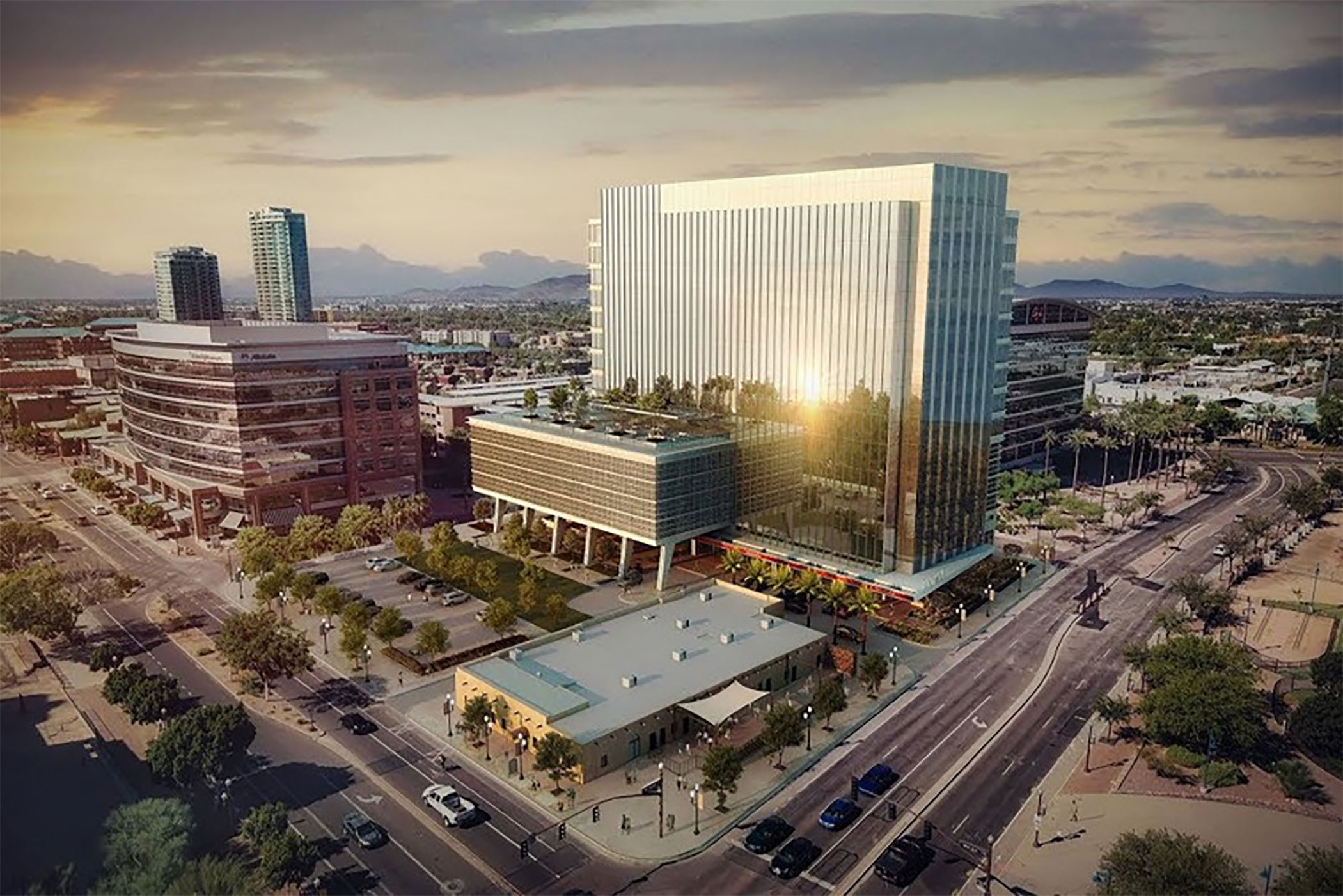 Construction is under way on the office portion of One Hundred Mill in Tempe, Arizona. (City of Tempe)

Tempe, Arizona, city leaders have approved development plans for a 13-story hotel to be built as part of the One Hundred Mill mixed office and hotel project overlooking the Salt River, where tourist demand is quickly expanding.

The Tempe Development Review Commission approved plans for a 237-room One Hundred Mill Hotel, to be built at 100 Mill Ave., near Tempe Beach Park at the southwest corner of Mill Avenue and Rio Salado Parkway, according to city documents.

A partnership between LaPour Partners Inc. and NewcrestImage Development LLC is developing the hotel on a 2.5-acre site that includes a 280,000-square-foot office building under construction. LaPour and NewcrestImage are also building an AC Hotel in downtown’s Phoenix’s Arizona Center.

Dallas-based Hines and Cousins Properties bought the site in December 2018 and broke ground on the 18-story office tower last month. The site also includes the C. T. Hayden House, a Sonoran row house build in 1873 that is the oldest continuously occupied house in the greater Phoenix area.

Developers have responded to pent-up demand for office and other development in rapidly growing Tempe, with several speculative office projects slated for completion in coming quarters, according to CoStar Analytics.