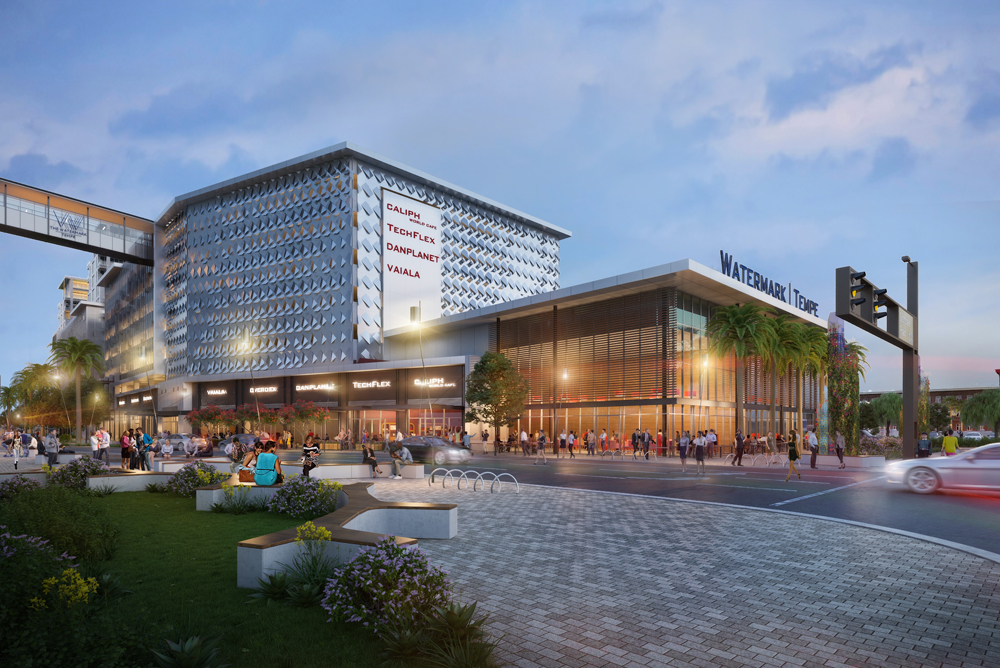 Opendoor, a San Francisco-based startup company that buys single-family homes and resells them through an online app, leased three floors at a just-completed office building in Tempe, Arizona, where the company reportedly plans to expand and consolidate its operations.

The company leased 100,807 square feet on the 14th through 16th floor at The Watermark, a 265,000-square-foot office building at 410 N. Scottsdale Road completed last month by Los Angeles-based developer Fenix Development Inc., according to CoStar. Opendoor plans to move into the building in May.

The $150 million Watermark Tempe project includes space for about 44,000 square feet of retail shops and restaurants and 360 apartments. Shared-office space provider WeWork just leased about 69,000 square feet on the 10th and 11th floor of the building.

Strong office demand in Tempe has tightened vacancies to their lowest point in more than a decade and developers are attempting to keep pace through projects like Watermark, which will help relieve pent up demand from several quarters of limited new supply, according to CoStar Market Analyst Jessica Morin.

Opendoor, founded in 2014, has raised $1.5 billion in venture funding, including $300 million in Series E late-stage funding in March 2019 on an implied valuation $3.5 billion, according to startup company database Crunchbase.

Opendoor did not respond to requests by CoStar News to comment on the company’s relocation or consolidation plans.