Article originally posted on on December 4, 2019

As the lure of urban living pulls more residents from the suburbs, developers are scooping up prime real estate in downtowns across the United States. Soaring property values have created opportunities for owners of an overlooked, underdeveloped asset: the surface parking lot.

Sales of such lots have risen nationwide over the past five years, surging to more than 200 transactions in 2016, according to data from CoStar, a commercial real estate agency. That number is more than double the amount in 2006 through 2014, when fewer than 100 surface lots a year were sold. The majority of these sales have been in urban areas, according to CoStar.

Analysts say the trend is fueled by lot owners looking to cash in on a booming real estate market and developers seeking to build on what are often the choicest sites in town.

“From a landowner’s standpoint, values have increased tremendously over the last several years, and it’s a great time to capitalize on that,” said James D. Letchinger, founder and chief executive of JDL Development. His company is building a pair of skyscrapers on a parking lot, across from Holy Name Cathedral, that it bought from the Chicago archdiocese in 2017 for $110 million.

“The reason they’re valuable is because many are sandwiched in the middle of really strong locations,” Letchinger said.

Sales of parking lots may rise further, research shows. The parking industry is still generally strong nationwide, with revenue up 1% annually since 2014, according to a report released in May by the research firm IBISWorld. But the same report forecast a bumpy road ahead, with annual revenue growth shrinking to 0.2% through 2024 and a wave of consolidation hitting the industry.

The report cited factors for the change, including an increase in traffic congestion, which dissuades drivers; greater interest in carpooling and cycling, as well as a rise in bike infrastructure like new lanes; and a surge in the use of public transportation and ride-hailing services like Uber and Lyft.

“Ultimately, these trends are anticipated to gradually reduce the need for parking facilities moving forward,” the report said.

This includes the surface lots that are peppered throughout cities, a vestige of a time decades ago when car ownership had surged and mass transit use had declined. Surface lots bloomed throughout the country, in big and small markets. Now, these lots are becoming more valuable.

“It’s like when you’re playing Monopoly, and you get your ticket for Boardwalk — that’s how rare it is,” said Gina Farruggio, a broker with Fox & Roach Realtors who recently listed a one-acre parking lot just off the boardwalk in Ocean City, New Jersey, for $4.5 million. The lot is ripe for development, possibly as a hotel or condos, Farruggio said. 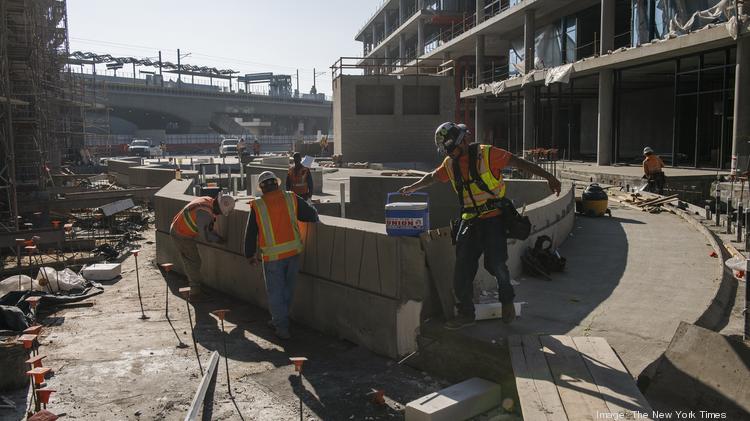