After graduating from Arizona State University, Zachary Rall moved into a Tempe apartment, then lived in Old Town Scottsdale for a few years.

But the co-founder of commercial real estate investment company B&R Capital Partners wasn’t getting the urban feel he wanted.

“I’ve always wanted to live in a big city like Los Angeles or New York,” said the Arizona native. “When my partner and I started our business 18 months ago, it necessitated us to stay here. Downtown Phoenix is the closest we can get to a big-city feel.”

“This is a little bit cool and hip but more mature,” he said.

In July 2019, Rall, 30, and his wife, Diliana, 28, found a 1,400-square-foot, two-bedroom apartment for $2,100 a month at the 44 Monroe Luxury Apartments at the northeast corner of First Avenue and Monroe Street in downtown Phoenix.

What the Ralls are paying in rent is typical for that part of town. While the Valley overall has seen a boost in rental

and home prices, the city’s core features prices significantly higher than regional averages, though not as pricey as some communities in north Scottsdale. For now, the professionals moving into downtown aren’t deterred by rising prices.

The Ralls’ rent is more than the $1,706 average monthly rate for the 85003 ZIP code — which is the highest apartment rental rate in the downtown and midtown area of Phoenix, according to data compiled by NorthMarq for the Phoenix Business Journal.

The next highest monthly rental rate is $1,560 in the adjacent 85004 ZIP code, said Peter O’Neil, research director for NorthMarq in Phoenix.

“There are dozens of new projects that are commanding some of the highest rates in all of metro Phoenix, while there are also many older complexes where rents are at or below the market average,” he said.

Downtown is not unique for high rents as prices are rising throughout metro Phoenix, O’Neil said.

“The areas close in to the city core recorded annual rent gains from about 6% to 12% in 2019, with an average of approximately 8%, while the more suburban locations showed similar gains,” O’Neil said. “For the year, the market posted an average annual increase of 9.4% in 2019. Wherever you’re looking for rentals in Phoenix, the reality is, rents are probably going to be on the rise.”

Living in downtown Phoenix does come at a price, especially for home ownership, said Molly Boesel, chief economist for CoreLogic. 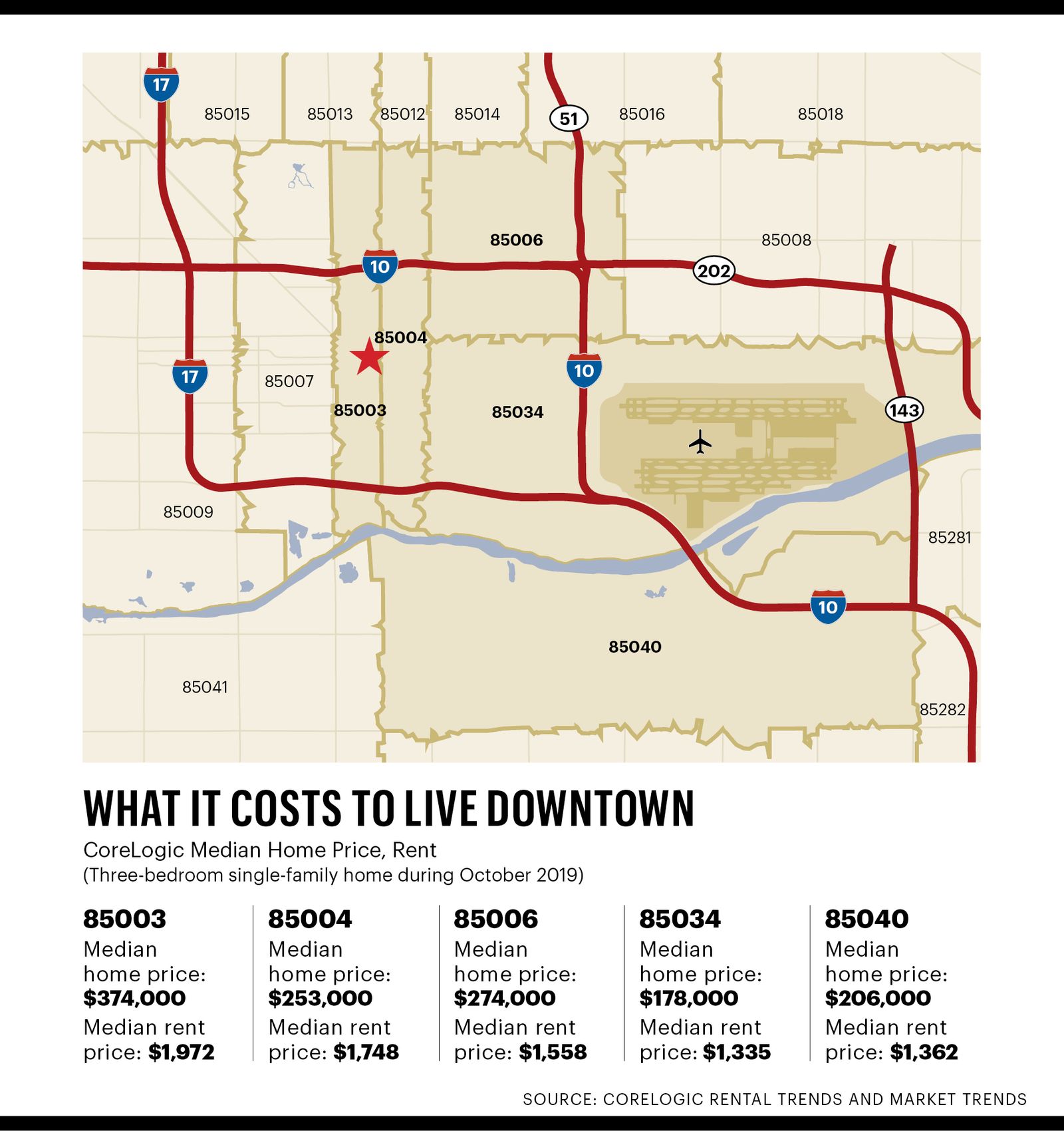