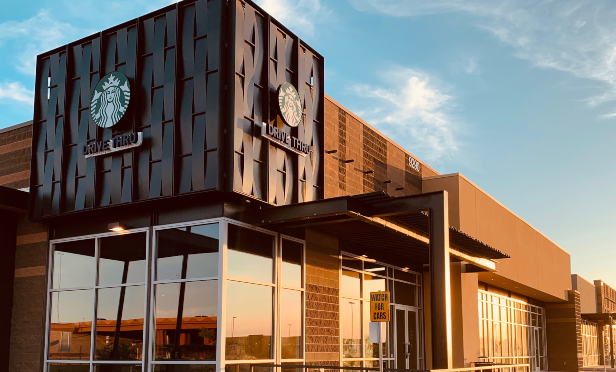 Developers MainSpring Capital Group and Palmer Development have completed the first phase of The Block in Scottsdale with and is 100% pre-leased. The retail space includes 14,000 square feet of shop space and three freestanding pads, which are pre-leased to national tenants including Texas Roadhouse and White Castle. The impressive leasing activity, particularly in a burdened retail market competing with ecommerce, highlights the retail demand in Phoenix and for quality projects.

“This is a great site, and that always helps,” Curtis Brown, one of the developers, tells GlobeSt.com. “At Mainspring Capital Group, we knew we had a great retail site at the front door to Pima Center, our 232-acre business park. We also knew we needed a retail amenity to not only serve the strong employee base within Pima Center and surrounding trade area, but also the 200,000 cars a day passing the site. What we didn’t know was the best way to design for and appeal to the current market trends and conditions.”

The market itself was underserved in terms of retail, making it a prime spot for a new development, a model proven by the strong leasing demand. “Mainspring approached me about the site and after we studied the market, we quickly realized this was an underserved trade area for retail and restaurants,” says Dan Lupien of Palmer Development. “The intersection had some of the highest traffic counts in the state with millions of square feet of office and entertainment and had no quality retail amenity. We were basically looking at a ten-mile stretch of Scottsdale freeway with very few freeway accessible restaurants or amenities.”

The property had the elements that are attracting retailers today, like strong drive-by traffic and visibility. “Tenants look for high traffic counts, an underserved demographic within a well-defined trade area, easy access, good visibility and a solid design with ample parking,” says Lupien . “They look for strong co-tenancy with a selection of national and regional tenants who can drive traffic. We were eventually able to check all of these boxes and that is why we have experienced strong leasing activity.”

Phase II of the project is underway, and Lupien and Brown expect a similar response. “We have very high expectations,” says Lupien. “Phase II is already 50% committed with an incredible lineup of tenants that include some very impressive names. We will announce the new lineup in about 30 days. Construction will commence this fall and we will deliver in 2nd quarter 2020. We are focused on attracting the strongest lineup possible and expect phase II to be completed with 100% occupancy.”