Article originally posted on CoStar on May 10, 2022 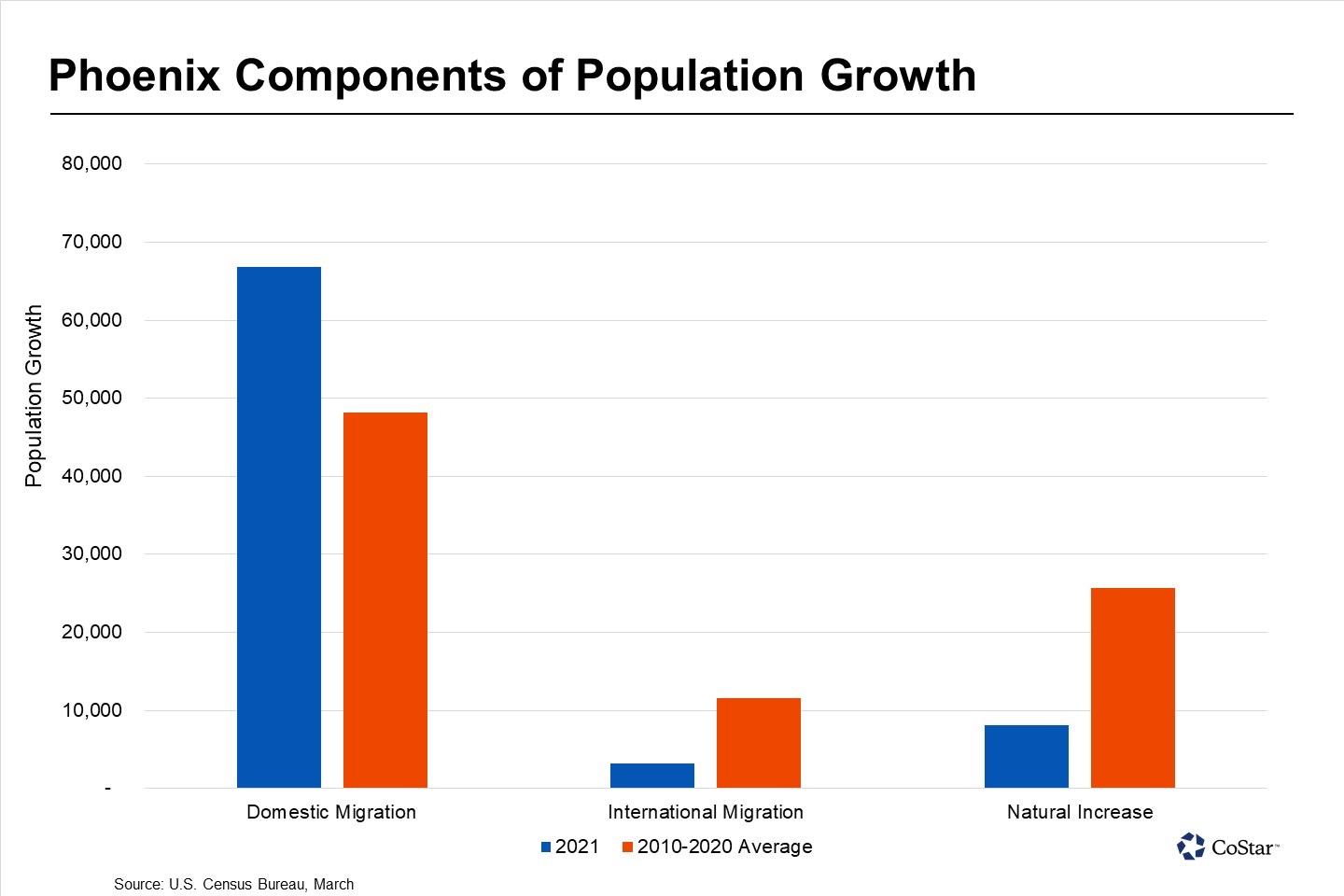 Domestic Migration Remains the Driving Force of the Market

Phoenix’s population grew by nearly 80,000 in 2021, or 1.6% annually, according to the latest U.S. Census Bureau data. Residents priced out of costly markets are the driving force behind this trend.

At a time when population gains are slowing to a crawl in the United States, Phoenix stands out as one of the few high-growth markets. The national population expanded by only 0.1% in 2021, well below the previous decade’s average of roughly 0.6%.

It is worth noting that Phoenix’s population gains are also decelerating, but not at the same pace as the United States. From 2010-2020, the metropolitan area’s population was growing by about 1.9% annually, about 30 basis points higher than 2021’s figures. Additionally, if out-migration from Southern California begins to show signs of exhaustion, it could disproportionally affect Phoenix’s growth trajectory.

Phoenix’s growth story is a large reason why the market has garnered record levels of investment, particularly in the multifamily and industrial sectors. The Valley of the Sun has also been on of the best in the country for rent gains in these asset classes due to strong demand that has kept market conditions tight the past two years.