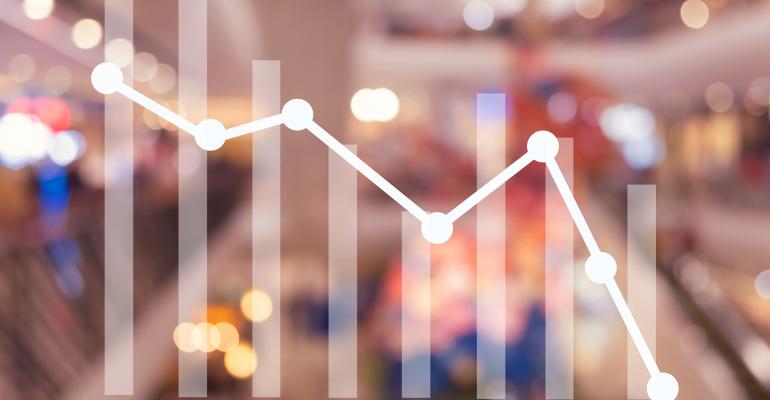 Much of the retail sector was already gasping for air pre-COVID-19, with climbing retail bankruptcies and store closures.

Add in a global pandemic that could permanently change how people shop, work and live, and the outlook appears even more risky for many retail real estate investors.

The pandemic-induced lockdowns and social distancing requirements have hindered consumer spending at bricks-and-mortar retail locations while accelerating online shopping. Many non-essential retailers—particularly department stores and apparel stores—have been struggling to pay their rent.

With all of the uncertainty around COVID-19, the economy and the future of retail, investors hit the pause button on new deals as investment activity plunged further. Retail investment sales volume was already weak in 2019, when it experienced the biggest drop of any major property type.

In the second quarter of 2020, retail investment sales plummeted 73 percent year-over-year to $4.6 billion, according to data firm Real Capital Analytics (RCA). That represents the worst performance by the sector for any second quarter. RCA tracks retail properties priced at $2.5 million and more.

The pandemic is accelerating the retail sector’s pain

“It’s kicking a man when he’s down,” says Jim Costello, senior vice president at RCA. “Retail was already challenged. It’s the case of the patterns of consumption changing with a slow, steady drumbeat of more online sales every year as a portion of total consumption. So, retailers are facing an uphill battle, and then while that’s happening, this pandemic hits and people can’t go to the mall, so the whole rationale of those stores being there has changed. It’s just creating havoc for owners, investors and retailers.”

This year is on track to set a record number of retail bankruptcies with 44 so far, according to S&P Global Market Intelligence. Recent victims include Stein Mart Inc., Le Tote Inc., Ascena Retail Group Inc. and Tailored Brands. More filings are anticipated.

For most of the retailers faltering, the pandemic is the “final straw that broke the camel’s back,” says Scott Holmes, senior vice president and national director of the national retail group at real estate services firm Marcus & Millichap. “They’ve been limping along for a long time.”

“When you get over-leveraged, that ties your hands and you have less flexibility to make changes and adapt, because you’re too busy keeping up with your debt service,” he notes.

The pain doesn’t appear to be ending any time soon for the retail sector. Reports of potentially distressed retail assets jumped in the second quarter, totaling $29.4 billion for the first half of the year, RCA reported.

Additionally, the number of terminated retail contract deals in June increased by 2 percent, up from 1 percent posted in both April and May.

“Investors don’t like doing that stuff, because if I’m in the middle of negotiations and back away, people have long memories, but in a case like this, it can be worth it to trade that reputation and avoid making a really bad deal,” Costello says.

Also noticeably absent in the second quarter were portfolio and entity-level transactions, RCA noted. Deals of these structures dropped by 89 percent.

“There were a few portfolios, but no entity-level transactions,” Costello says. “You’re not seeing somebody say, ‘I’m going to buy this other company and roll their assets into my portfolio.’ That type of activity just doesn’t make sense in the face of all the uncertainty.”

Deal size is also shrinking. The average deal in the second quarter averaged $7.7 million, down from $10.8 million a year ago.