Chantell Nighswonger has operated her boutique, Vida Moulin, at 16th Street and Bethany Home Road for about four years, but as rents in the area began to rise, she and her husband, Kevin Cieszkowski, decided to move the boutique into a building they could own.

“I started reaching out to friends, and thought, ‘Why not make it something a little bigger?’” Nighswonger said.

They bought an old office complex on Missouri Avenue near 12th Street for $1.25 million and got rezoning approval from the city of Phoenix in September to turn the complex into a retail and restaurant complex, called the Frederick. The building included courtyard space for outdoor uses and ample parking, which Nighswonger said was an important feature.

The project is the couple’s first foray into real estate development under their a company, Moulin Group. The two also are working on a unique commercial project in Gilbert.

The two are still working on final site plan approvals with the city of Phoenix, and Nighswonger said she expects the Missouri Avenue building to be ready for tenant improvements by midsummer.

So far, the Frederick has leases signed for nine of its 10 spaces, with one restaurant space still open. All of the tenants signed so far are woman-owned businesses. Tenants at the Frederick include: 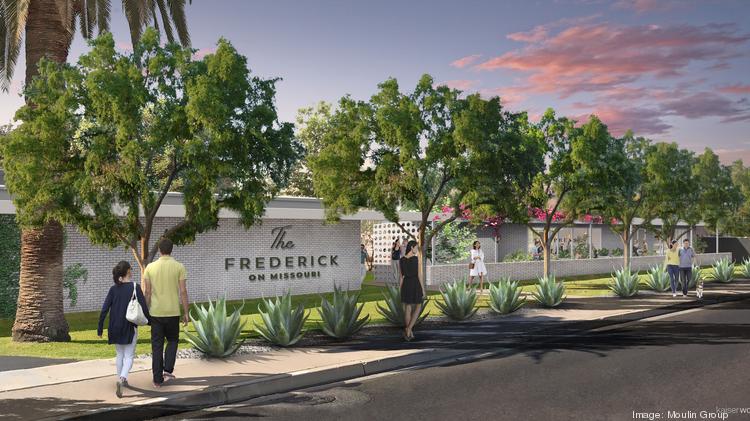