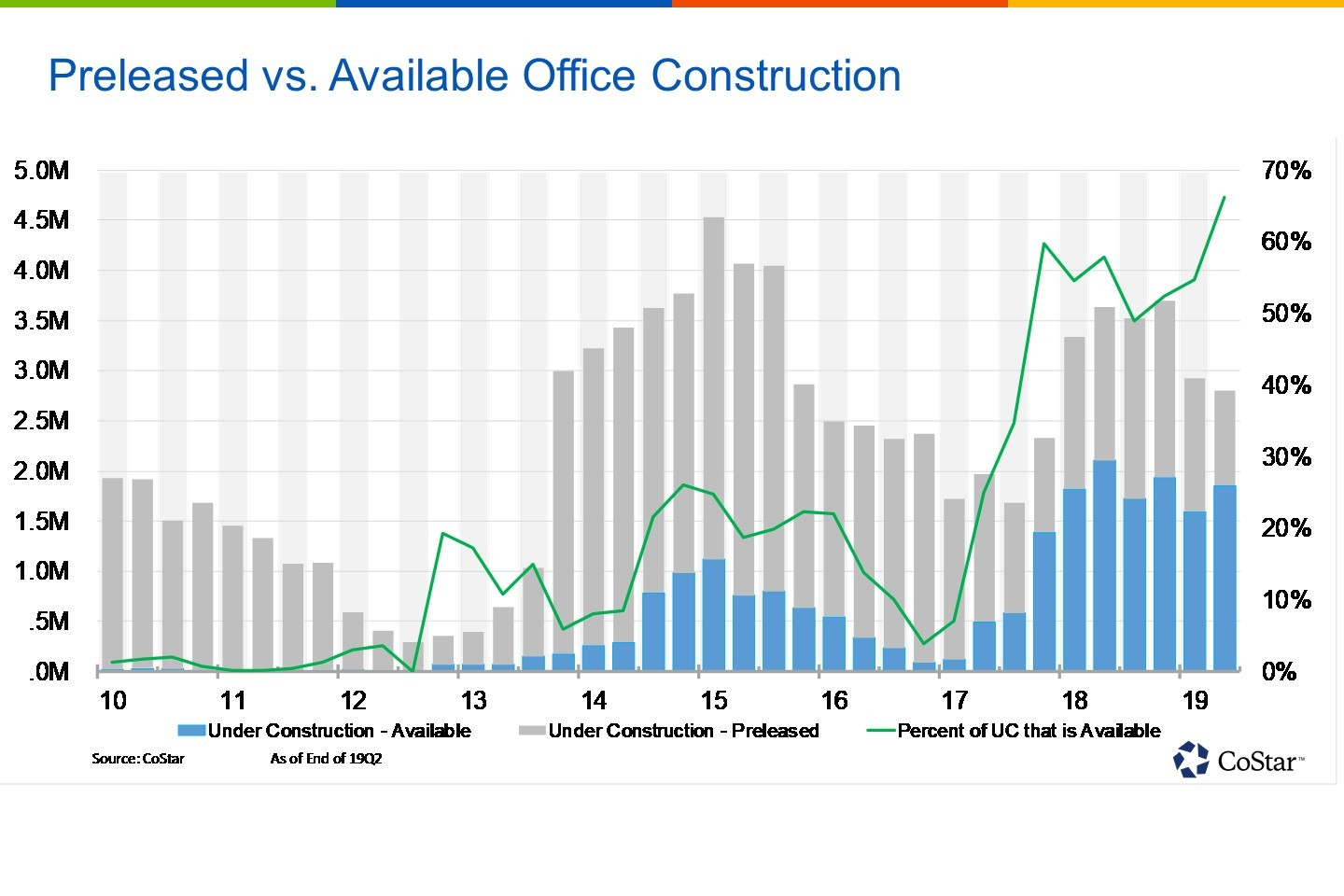 In Phoenix, a wave of speculative office space, or space being built without a tenant commitment, will be built over the next several quarters, benefiting tenants who are in search of large blocks of quality spaces that are tough to find.

Speculative space as a share of overall construction has steadily grown over the past five years and was virtually non-existent from 2010 to 2012. At the close of the second quarter, about 66% of space underway was speculative, compared with less than 10% in 2014. The prominence of speculative space steadily increased as vacancy rates recovered from the Great Recession. The broader mix of lenders outside of big banks, and a slight easing of lending standards, has supported new development, especially in areas with tight supply and proven demand.

Tempe has the most office space underway, with only 17% of the space preleased. Out of the five projects under construction, three are fully available. New construction is much needed as the average vacancy rate is just 5.8% and the rate for higher-end 4- and 5-Star properties has fallen below 2%.

Developers are nearing completion on the 346,000-square-foot Phase II of The Grand at Papago Park, bringing some relief to Tempe. At the end of the second quarter, the property was fully available. The Watermark will also come online this year, boosting the area’s office stock by 265,000 square feet. WeWork has committed to roughly 69,000 square feet of space, with the remainder of the building available for lease.