Others say its controversial design is worth the opportunity to give major companies a downtown office address.

On Tuesday, Scottsdale narrowly approved Marquee, a 150-foot-tall office building planned for downtown, amid complaints that the project did not fit the aesthetics of Old Town or include enough parking.

Marquee was approved in 2016 as a 90-foot-tall building to go up next to the Galleria Corporate Center in Old Town, but the city’s updated development plan has allowed developers to ask for greater height.

The 271,000-square-foot mixed-use office building falls in line with changes made last year to the development plan that governs new buildings constructed downtown.

At a City Council meeting Tuesday, several residents flagged concerns about parking requirements and the size of the building along with the density now allowed downtown.

“You continue to bend to the wishes of developers, with little to any consideration to how the citizens benefit from your approach and approvals,” resident Betty Janik said.

Others stressed the need for more office space downtown to encourage economic development.

“A downtown needs jobs to survive,” resident Josh Toney said. “Scottsdale has a reputation for great hotels and great hospitality. But we also need great places for people to work.”

The project is estimated to cost between $50 million and $100 million, according to attorney Jason Morris, who represents the developer.

It faces one more public hearing with the Development Review Board before construction can begin.

Work at the site, at Scottsdale Road and Shoeman Lane, is expected to begin within six months to a year, Morris said.

Concerns about the project

Stockdale Capital Partners, the owner of the land and the nearby Galleria, previously submitted plans for the project that included underground parking.

The proposal approved by the council instead provides an above-ground parking garage and small surface lot.

To offset the reduction of these 18 spaces, Stockdale Capital agreed to contribute $13,800 to the city’s in lieu parking fund for every space removed, a total of $248,400.

Business owners can purchase or lease parking spaces from the city to pay into the in lieu system, which goes toward building large parking structures in the city. There is no timeline for when the city must build parking after these spaces are purchased, according to the city.

The city has used the money to build a parking garage on Third Avenue and Scottsdale Road and a parking garage near First Street and Brown Avenue, but use of the program by the city is sporadic, according to city planner Brad Carr. 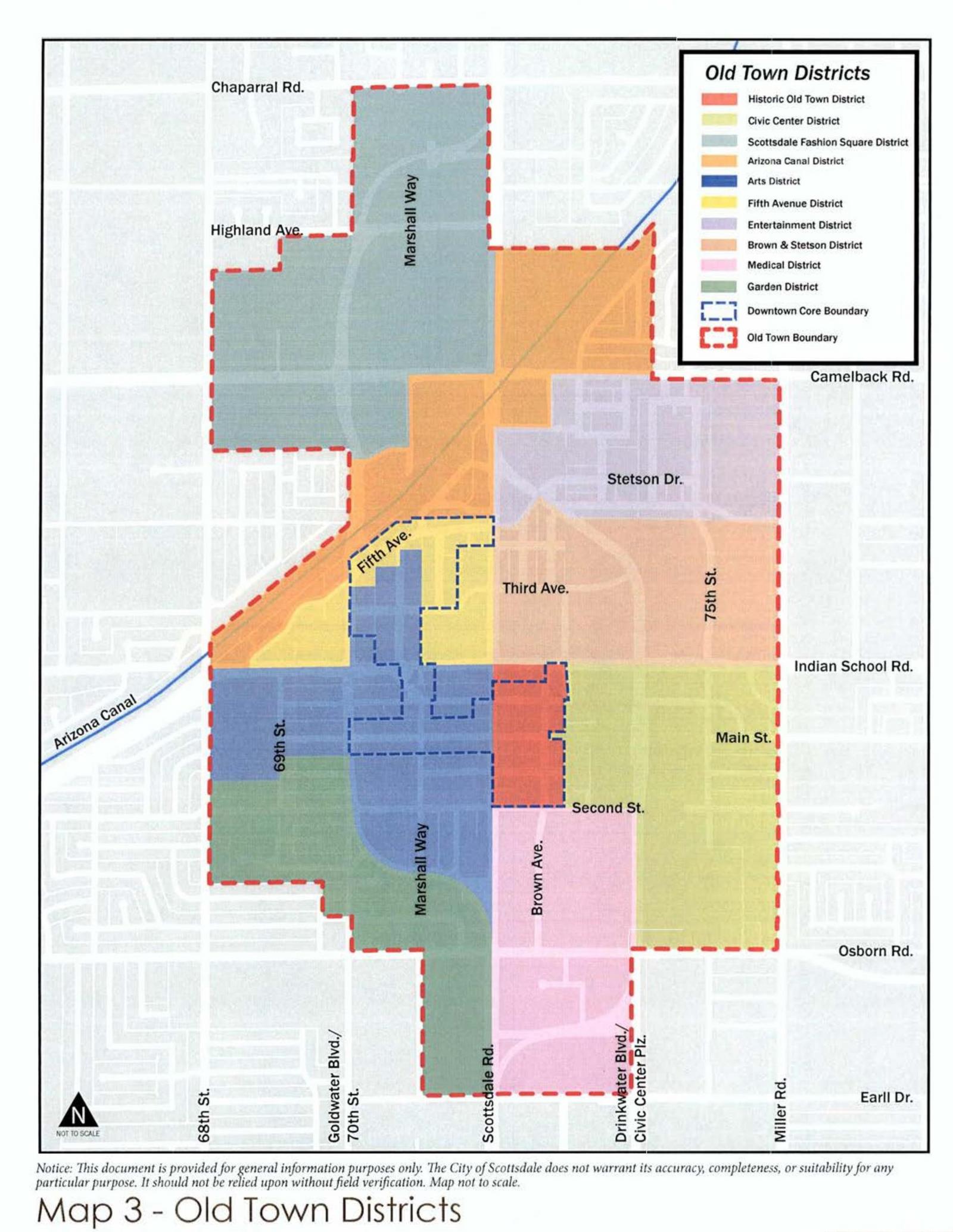 The Marquee will be built in the Entertainment District, an area with some of downtown’s most intensive commercial development.

“The proposed development is consistent with the Downtown Plan as it pertains to providing new Class A office area that will assist in broadening the Downtown Area’s economic base, provide a competitive environment for employment in the local, regional, national and international markets, and maintain the Old Town Area as the commercial symbolic center of the community,” according to a staff memo prepared for the City Council.

Last year, the city expanded the number of categories for development downtown:

The Marquee falls into the Type 3 development category, which allows for development in the medical district, the entertainment district and the Scottsdale Fashion Square area, which could see buildings up to 150 feet high.

But residents say the building would not be a welcome sight for those driving into Old Town.

“Adding height to this building sets a bad (precedent),” resident Jan Perozeni wrote in an email to the city. “As Scottsdale continues to approve added height, the views and spaciousness of Scottsdale disappears.”

Developers who want to build higher must present a case for how they will provide public benefit to the city. To acquire extra height and square footage for the Marquee project, Stockdale Capital will constructinfrastructure improvements “above and beyond what would typically be required for this development,” according to the staff memo to the City Council.

These include special improvements and a $1.6 million cash contribution into the Downtown Special Improvement Trust Fund, which is used to construct improvements downtown as determined by the City Council.

But Mayor Jim Lane said that the only obligation landowners have to the city is to pay taxes.

“There’s no unspoken, informal obligation on the part of businesses or property owners to go over and above paying taxes,” Lane said. “They’re paying for those things.”

Morris reiterated that Marquee adheres to all of the guidelines within the city’s character plan for the neighborhood.

“As we look at the heights surrounding this property, we get a good sense that this is not a standalone island,” Morris said. “We are following your plan. It’s why we have staff support. It is indicative of the language that you’ve already adopted.”

Morris maintained that downtown has other 150-foot buildings, including the Scottsdale Waterfront Condominiums across the street.

In 2017, the city voted to let Scottsdale Fashion Square owners build 150-foot towers on the north end of the property.

Other upcoming mixed-use developments, including Southbridge and Museum Square, also will reach that height. 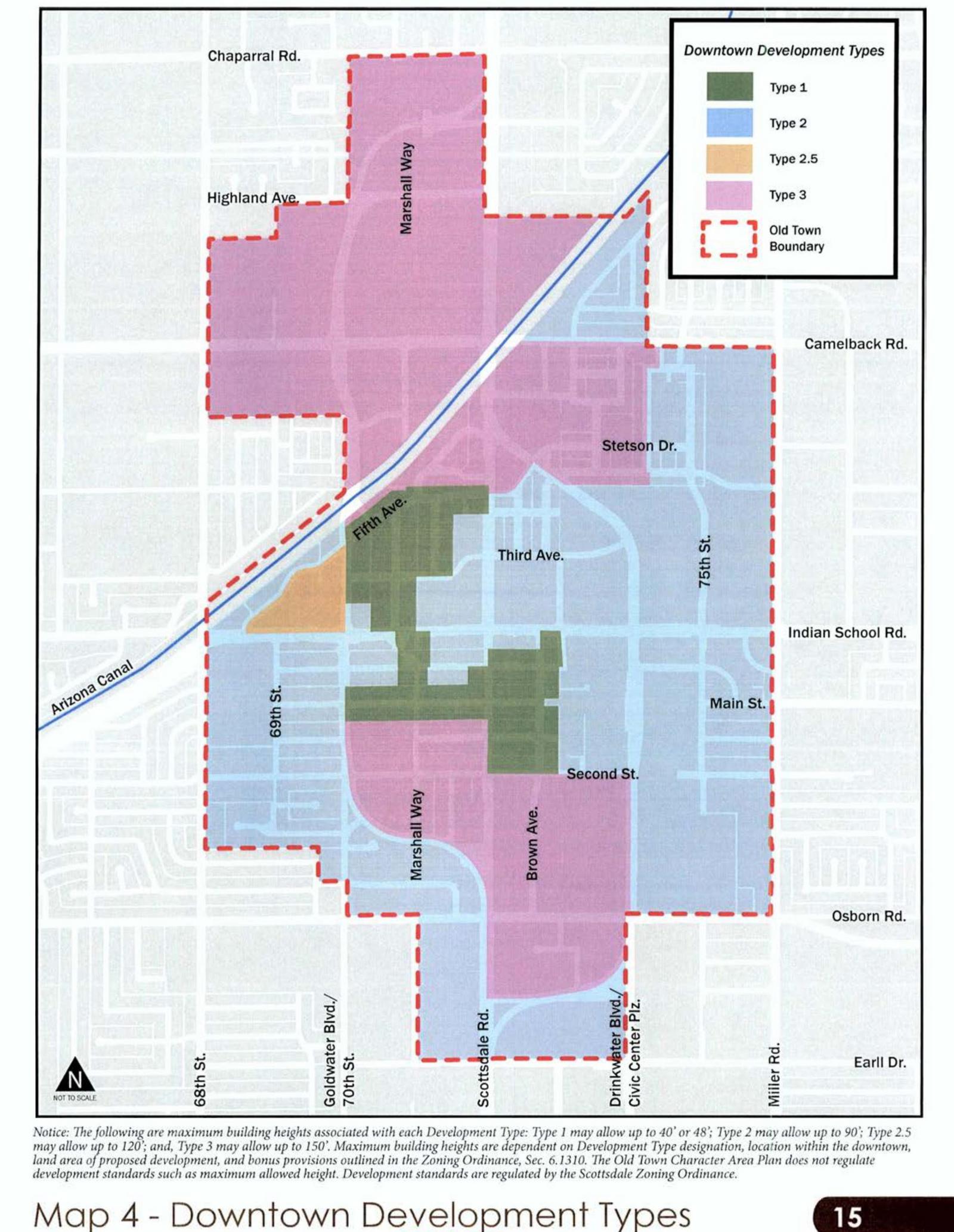 ‘They’re gonna be bigger and longer and taller’

Scottsdale resident Andrea Alley has worked closely with developers to fine-tune other projects in the city, including Papago Plaza and the Scottsdale Entrada.

“This building will be here well beyond our lifetimes,” Alley said at the meeting. “Let’s just say it wasn’t nicknamed a cruise ship for nothing.”

Councilman Guy Phillips said he also voted against the project in 2016, saying the project was too tall and too narrow, even when it was at 90 feet.

But he also warned residents to be prepared for an influx of 150-foot buildings.

“They’re gonna be bigger and longer and taller,” Phillips said. “Look forward to the new downtown.”

Alley maintains that residents will continue fighting for more say in what gets developed within the city.

“We will win some and lose some, but ultimately we hope to continue to fight for visionary, collaborative development with the city, developers and the people who live here,” she wrote in a post on Facebook after the vote.