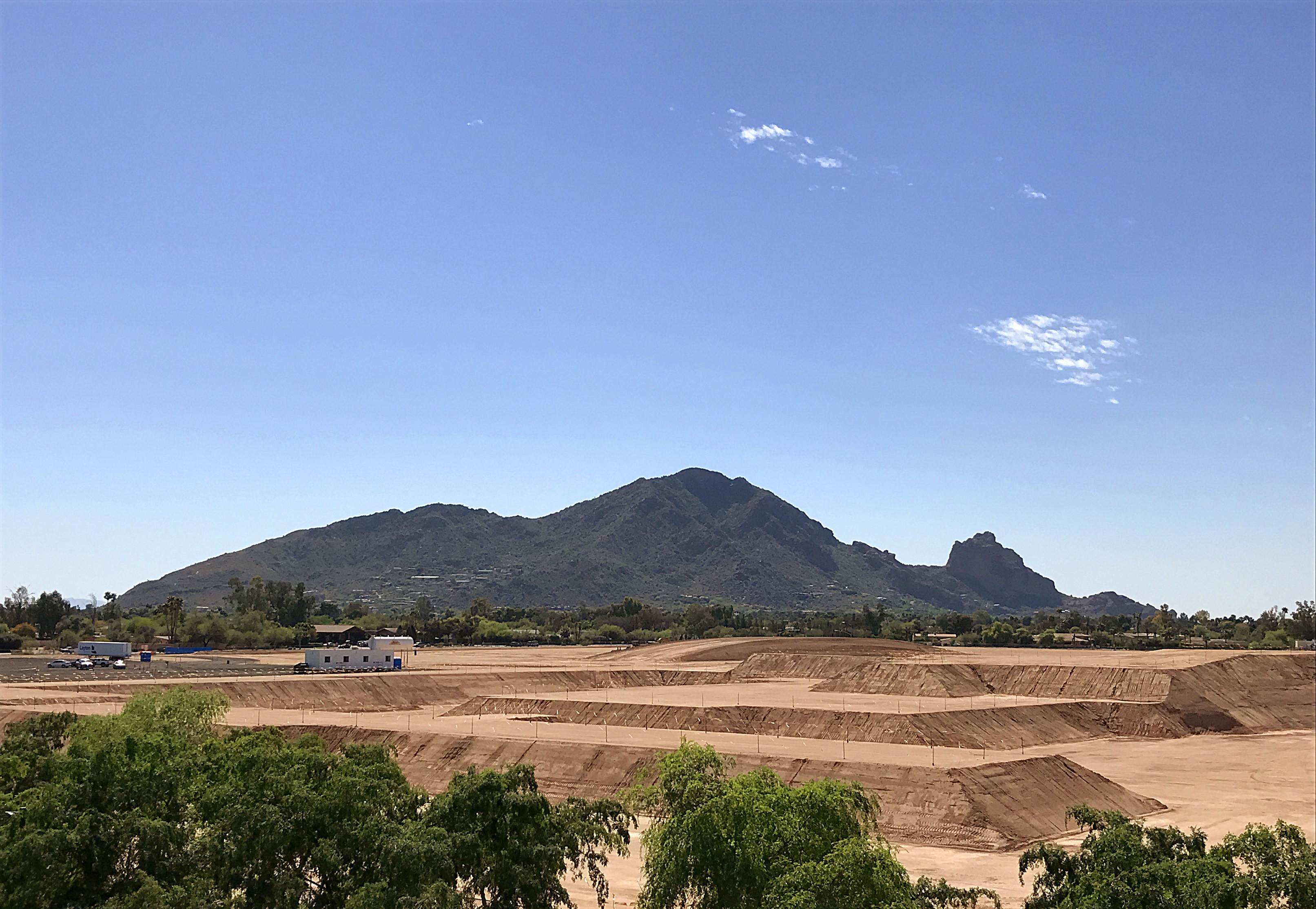 Shea Homes Limited Partnership in Scottsdale (Don Murphy, pres.) has found a premium location to kick off its new “Shea Signature” high-end housing brand with a 66-lot gated community located north of the site for The Ritz-Carlton, Paradise Valley. The 23-acre parcel is located at the southeast corner of Indian Bend Road and Mockingbird Lane. The builder paid $45 million ($681,818 per lot) to acquire the property from the developer of the 105-acre Ritz-Carlton master-planned resort and residential community. The seller was Five Star Development Resort Communities LLC, formed by Five Star Development in Scottsdale (Jerry Ayoub, principal). The cash sale was negotiated through Nate Nathan, Dave Mullard, Casey Christensen and Courtney Buck of Nathan & Associates Inc. in Scottsdale. Shea Homes will be introducing the new line of upscale housing on the prime Paradise Valley site. The Shea Signature community, being called Azure, will not be branded or serviced by the Ritz-Carlton hotel company. The luxury residences are expected to be built on lots averaging 10,000 sq. ft. (80×125). No word coming from the builder on home sizes or projected pricing, but the single-family units figure to sell at a number starting in the $2 millions. Look for rooftops sometime late in 2018. Shea Homes in Scottsdale is a subsidiary of J.F. Shea Inc. in Los Angeles, Calif., one of the largest private home builders in the country. David Garcia of Shea Homes, says the company is looking for more residential sites in the Phoenix market, especially locations suitable for high-end housing. In June 2007, BREW reported Five Star Development paying $89.5 million ($727,642 per acre) to buy a 123-acre parcel along the west side of Scottsdale Road and south of Indian Bend Road. The seller was an affiliate of Marriott International Inc. in Bethesda, Md. Of the entire tract, 18 acres at the southwest corner of Indian Bend and Scottsdale roads is located in Scottsdale, and the remaining 105 acres is situated in the Town of Paradise Valley. As part of the sale agreement with Five Star Development, The Ritz-Carlton Hotel Co., an affiliate of Marriott International, will operate the hotel and community under a long term management contract. Five Star Development is targeting 18.1 acres near the northwest corner of Scottsdale Road and Lincoln Drive in Paradise Valley to develop the 200-room Ritz-Carlton hotel. The resort, which is the central amenity to the community, will be surrounded by 91 single-level villas and 40 estate homes that will be branded and fully serviced by the Ritz-Carlton hotel. Five Star Development is using the 18 acres in the Scottsdale portion of the property to develop a mixed-use project called Palmeraie. First phase plans include 160,000 sq. ft. of commercial buildings with restaurants, high-end shops and boutiques. Future phases will include luxury residences, a gourmet grocery and a boutique hotel. Construction on the Ritz-Carlton hotel is expected to start this year with opening likely to follow early in 2019. According to company literature, Five Star Development has developed more than 15 million sq. ft. of hospitality, residential, retail and industrial buildings in Texas, California, Mexico and Arizona.