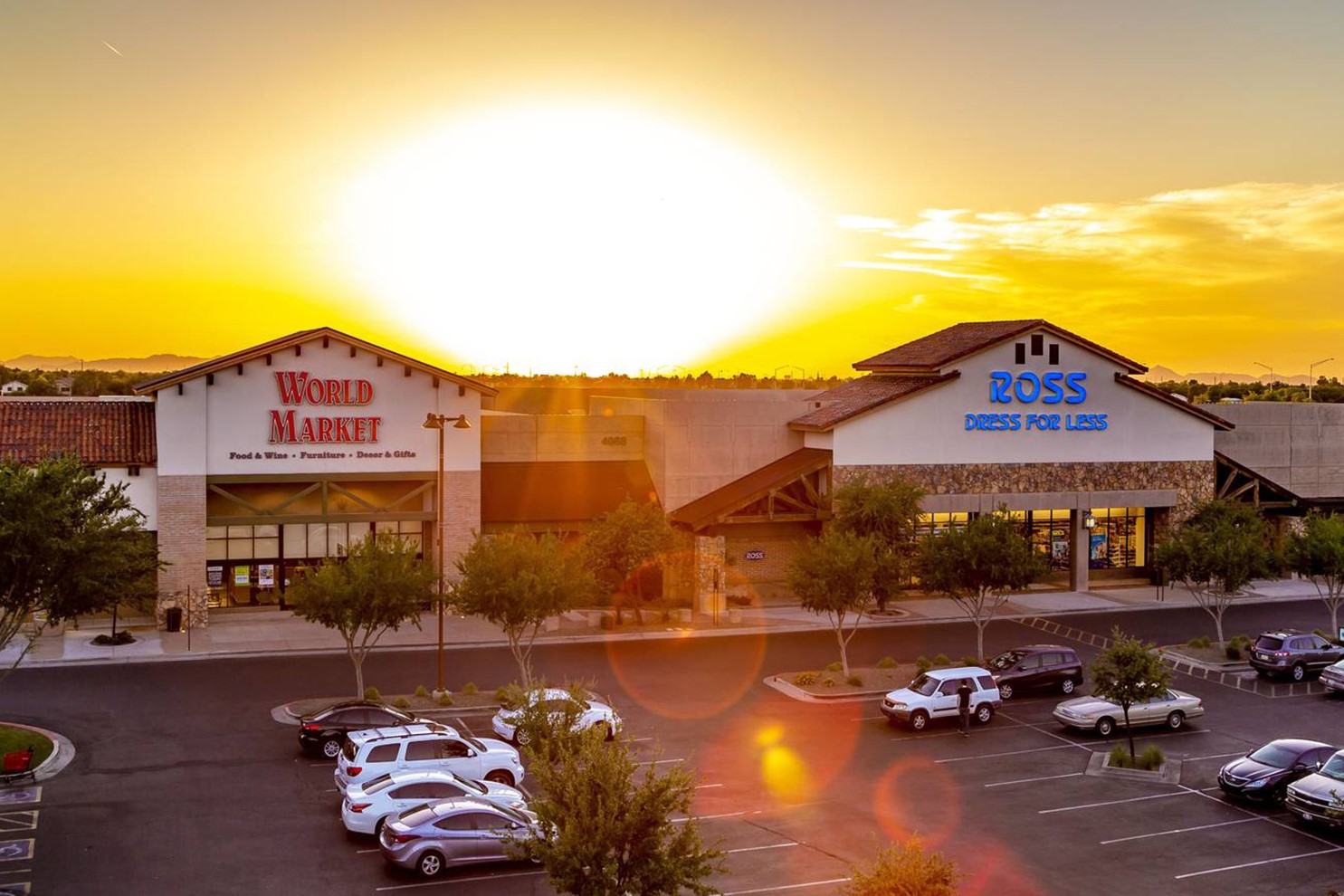 The Crossroads Towne Center in Gilbert, Arizona, one of the most popular areas in greater Phoenix for investors to buy retail property in recent years, traded for more than $50 million.

Major tenants at the 20-acre center at 4900-5052 S. Power Road at Gilbert and Germann roads include Ross Dress For Less, PetSmart, Michaels arts and crafts and Cost Plus World Market. The center is about 95% occupied, according to CoStar.

Most of Crossroads Towne Center and its outlying restaurant and retail pads were built between 2005 and 2010, according to CoStar. A 175,000-square-foot Super Target at 5110 S. Power Road owned by the Minneapolis, Minnesota-based retail chain was excluded from the sale, which was financed with a $37.7 million first mortgage loan from Oceanview Life & Annuity, according to sale and loan documents.

Gilbert is one of the most active areas in greater Phoenix for shopping center sales, with more than $350 million in transactions over the past 12 months. That’s roughly double Gilbert’s average annual sales volume over the past five years, according to CoStar Market Analytics.

CoStar logged more than $900 million in retail property transactions by local and out-of-state investors in greater Phoenix during the third quarter.

Vestar, which says it is one of the largest privately held shopping center owners in the Western United States, last summer leased 12,000 square feet of office space at 2415 E. Camelback Road in Phoenix’s Esplanade III.

The company was scheduled to move its headquarters and consolidate several satellite office to Esplanade III from 9,000 square feet in a nearby building where the company has kept its headquarters for 30 years, it said in a statement.