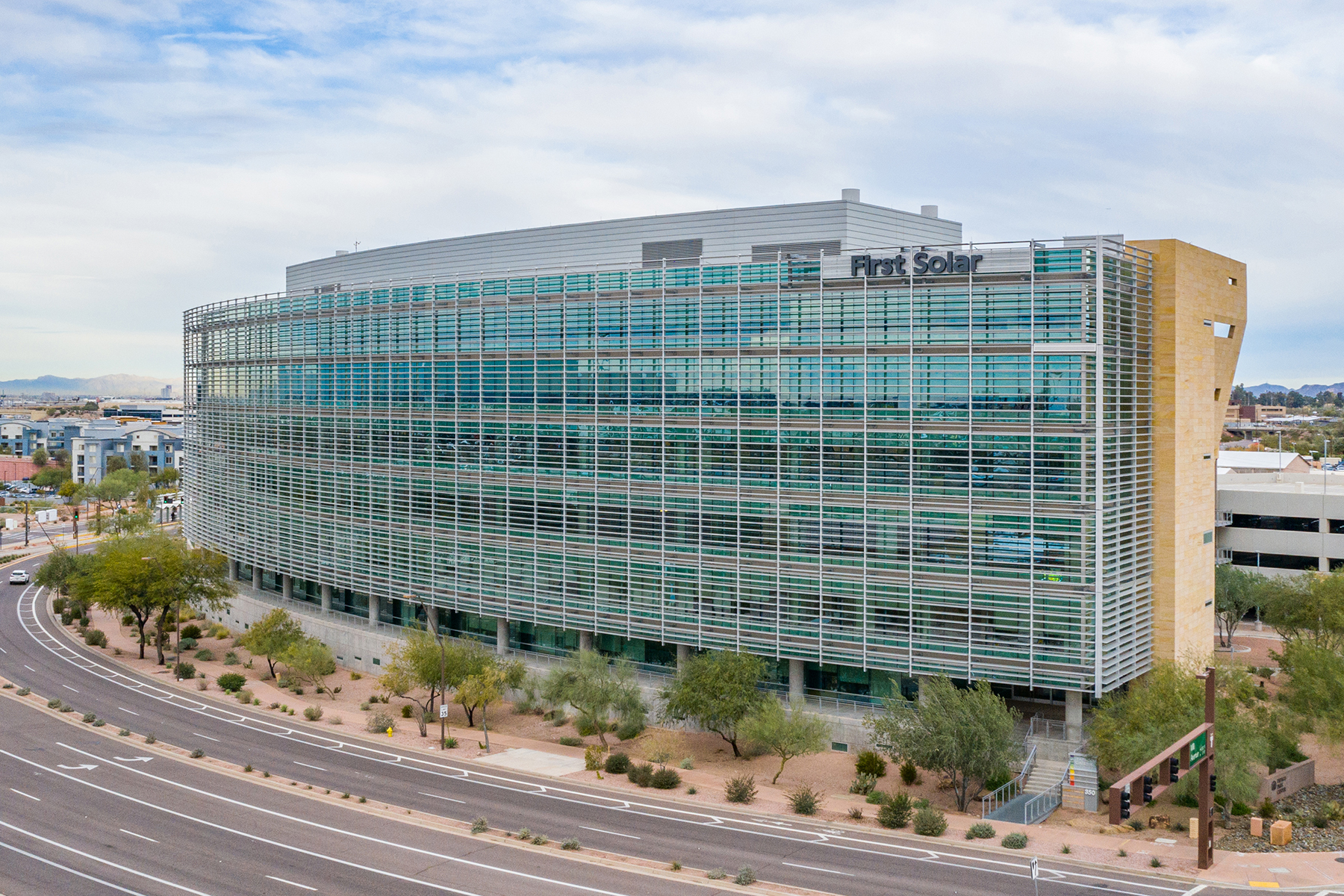 The stone-and-concrete Papago Gateway Center in the Phoenix suburb of Tempe, Arizona, wasn’t designed 13 years ago to be the headquarters for a major solar panel manufacturing company.

Developer Lee Chesnut originally courted Arizona State University to be the anchor tenant for the six-story building. Chesnut and project architect Mark Roddy of the Phoenix office of SmithGroup designed it with the scale and systems to accommodate laboratories as the first privately developed life science building in Tempe’s evolving research-and-development and biotechnology cluster.

But the project caught the eye of a clean energy company called First Solar, intrigued by the building’s second “skin” wrapping the structure on the east, south and west. That facade includes more than 2,000 automated aluminum louvers that track the sun and control heat and glare while helping ventilate the building, reducing loads on air conditioning. Each day, the louvers open and close as the sun moves across the southern sky, treating passersby to an ever-changing display of shadows, textures and patterns. 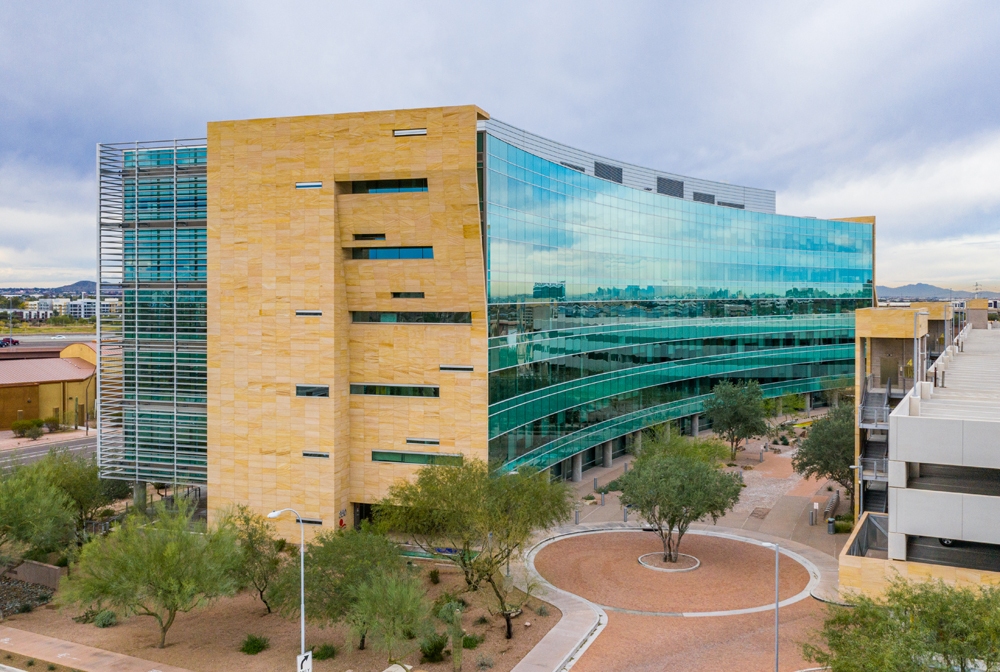 First Solar, which has become the world’s largest producer of photovoltaic solar cells, quickly moved in when the building was finished in 2008. It didn’t hurt that the building included light-reflecting water pools and a footprint that curves east to west along Washington Street just north of Loop 202 against the backdrop of the Camelback Mountains, the Papago Buttes to the north and Tempe Lake to the south.

The window system helped Papago Gateway earn one of the first Leadership in Energy and Environmental Design, known as LEED, gold certifications awarded by the U.S. Green Building Council to a building in Tempe for sustainability and energy efficiency. The building, which has won several awards for design and sustainability, also has other clean-energy and carbon-reducing credentials. It’s located next to a Valley Rail light-rail stop, and it has electric vehicle charging stations as well as photo cell daylight dimming lights that help keep down electrical demand.

“First Solar wasn’t involved in the project when it was designed, but they were attracted to it during construction because of the the louvers and the way the addresses the angles and nature of the sun, which can be fairly harsh,” said Bradley Woodman, vice president and Phoenix office director for Detroit-based international architecture firm SmithGroup. “If you’re not paying attention to that as a designers and developer, that could leave your building in a pretty bad spot in this climate.”

The company now employs 6,400 workers in the United States and around the globe. However, other businesses are also benefiting from the building’s modern feel, flexibility and lab infrastructure, including Dallas-based bioscience firm Caris Life Sciences, which leased the fourth floor last year and is now building tenant improvements; and Bryan University, a for-profit university offering healthcare, business, fitness and paralegal studies.

The office has robust power and mechanical systems for the high air circulation and utility loads necessary for laboratories, Woodman said. The building’s basement was reinforced to accommodate sensitive electron microscopes and other sophisticated lab equipment.

“It takes a unique tenant on the bioscience side to use that equipment, but this building has much stiffer frame than a typical office building so that the floors can resist vibration that would be problematic for high-end imaging,” Woodman said.