The WeWork (We) saga is casting a shadow over all corners of the globe, and its problems are landing squarely on the foundations of commercial real estate. Investors, especially landlords and CRE investors, are on their heels as they finally pull back the curtain on We and discover whether a wizard had been at work.

There is a distinct possibility that We could default on some – or all – of its building leases, leaving landlords in the cold without We’s big rent payments and also having to sort out the realities of what to do with occupancy of We’s leased space. According to We’s financials, the company has $47 billion of lease obligations that stretch over the next 15 years. Harvard Business School reports that in 2020, the company’s lease and cash obligations total about $2.3 billion a year. Further, We received over to $450 million in upfront tenant improvements and free rent just in the first half of this year. This has been a costly lesson for landlords and a huge infusion of start-up capital at the expense of property owners.

Buildings that hold We as a significant tenant are exposed to the greatest risk as they may face very soon the struggle to re-lease the space. Buildings that offer high-quality space in good locations may be able to re-lease the space, but only at a hefty loss of re-tenant costs and other re-leasing expenses, or have to figure out how to deal with subtenants or the members that leased from We. We’s rapid demise could cause the company to go bankrupt – even as early as next year – and some institutional investors have already pulled out of new deals with We.

We’s business model and convoluted financial structure are at the heart of the IPO debacle. We’s debt structure poses serious risks to its financial solvency. The company’s money source is essentially leverage upon leverage, greatly increasing its risk for default.

The wizard behind the curtain had We bill itself as a tech company, not an office-sharing company, likening itself to Uber and Google. This led, in part, to the blown-out IPO valuation. The large valuation of We might have been reasonable if it were indeed a tech company. Tech company business models have the true potential of exponential growth potential with low marginal costs; they may have high start-up costs, but they possess the talent to have minimal incremental costs as they expand. This is not the case for We. The scalability of its business model with its higher marginal costs constricts its earning exponential growth prospects. For We to expand, it must rent long-term space as pointed out at significant liabilities and then subleasing the space short-term to other companies on generally less than 2-year member terms.

We Have Seen This Before

Though We fancies itself as an innovator, its premise has been around for decades. It has not structurally changed the way we work, where we work or how we work. It has supercharged the social integration of working. There is a prior example of We in the form of Regus, now owned by IWG, which began offering short-term office leases through a membership fee system in the late 1980s, with some terms being month to month. Both small and large members present an additional layer of risk to the co-working business model in the event of an economic downturn. Small companies are the most likely to fail during a recession, but large tenants often occupy a greater amount of space, resulting in huge vacancies should they leave. Currently, about 40% of We’s leases are “enterprise” leases – meaning that large companies sign long-term contracts for a lot of space, such as an entire floor. About 60% of We leases are short-term member terms, such as individual entrepreneurs, and these will be the first tenants to leave if the economy goes south.

The co-working concept is relevant in today’s world and the trend is likely to grow into the foreseeable future, but We might not be the company that leads the trend. Though We is the largest co-working company by market share, several other competitors have found a ways to distinguish themselves and be profitable. Knotel reduces its costs by streamlining its designs and building processes while focusing less on trendy, individualized amenities and dealing only with large, enterprise clients. IWG, which owns several co-working companies, is tailoring its spaces to specific clientele. Regus has also returned to co-working fundamentals, cutting costs by getting rid of flashy – and expensive – amenities, instead focusing on building its international presence to serve global clients. Spaces leverages its social media to offer networking opportunities and special events to clients. IWG also has boutique co-working companies, such as No18, which offers luxury, concierge-level space. IWG’s operating profit was $61.5 million this year and its share price has nearly doubled in this time. In contrast, We lost $1.37 billion on $1.54 billion in revenues in the first half of this year, according to the IPO filing. But the severe mismanagement of We has limited the capability of the firm to reap the profits enjoyed by other co-working companies, much to the chagrin of investors and landlords. WeWork has become WeFail and maybe even WeDone.

As is the case with most events impacting the investment environment, there are winners and losers from the We fallout. Surprisingly, We may come out as a winner in the end. The debacle that has unfolded over the past month has forced We to reconsider its governance, company culture and business model. We’s epic downward spiral has already led to the resignation of several top executives – including its party-hearty CEO – the announcement of thousands of layoffs and a change in corporate governance. With the company currently bleeding money to the tune of $700 million per quarter, the massive changes may lead the company to reinvent its business model to steer out of bankruptcy and into a new, profitable direction.

There are, however, big losers at a result of We’s troubles, including some investors who bet hard on We. Softbank has sunk nearly $11 billion into the company so far. Other losers include some institutional CRE investors, who bet that the rapid growth over the past decade of co-working spaces – especially We – would result in stable tenants and rents. These investors are facing substantial losses if We goes bankrupt. Fortunately, for We and investors, its troubles come while economic fundamentals, especially employment data, are exceptionally strong so We is not getting a double whammy from recessionary effects.

Certain markets will also experience greater hits than others if We fails. CBRE finds that the two most-penetrated markets in the U.S. are San Francisco (4% of the office inventory) and Manhattan (3.6%). Miami, Los Angeles and Austin round out the top five. International markets London and Shanghai face even more risk, with flexible space accounting for 6% of total office supply.

The Risks For CRE

Risks stemming from We are having an effect on CRE valuations for properties where We is a major tenant. RERC is finding that pricing is not been near what buyers are expecting and some buildings are being pulled from the market – despite being aggressively priced to begin with. If it is a premium property and if it can effectively re-lease the space, the impact might be relative minor. But that is a lot of ifs in today’s market; in all likelihood, landlords and investors will face significant costs and negative market feedback.

The general consensus is that when We comprises more than 20%-30% of a building, there is much greater risk, but the amount of pricing and value at risk is difficult to quantify. Many investors are writing down the collateral asset values, but simply adding in a premium is not likely to adequately capture the risk. The best option would be to compare We’s rent to market rents and run several different scenarios and count on spending money to re-tenant.

We has not been forthcoming about its exact lease terms, but it is important to recognize that not all locations will have the same rent structures. While certain locations may be paying below-market rent but have a profit-sharing/percentage rent component that pushes the rent above market over the medium to long term. Remember that We leases may be as long as 10-15 years, and investors may need to change their overall terms of leasing when valuing the property over that time frame. With a variety of We concepts, it is important to analyze margins in the underlying operations for each facility. For example, the “headquarters” concept may have less risk because it typically has long-term subleases to fairly credit-worthy tenants under this operating structure.

Landlords may be able to recoup asset value loss by building out space in their own property and setting up their own short-term leases with subtenants or members. However, RERC cautions that We’s tenant improvements (TIs) may be difficult, if not impossible, to recycle because the space isn’t typical. A lot of landlords sank a lot of money into specialized, permanent buildouts (e.g., desks built into walls), which limits the extent to which the existing space can be repurposed. Some landlords may have to significantly modify the space, even re-spend all of their TIs, in order to get it leased back up.

However, RERC does not expect We to push the overall CRE market or the economy over the edge. It is not the canary in the coal mine for the next recession. For one, while flexible office supply grew by 34% in the year ending 2Q 2019, it still accounts for under 2% of the total U.S. office inventory, according to CBRE. Trepp reports that We’s CMBS exposure is large in just two states: New York and California. Most markets and states have little to no exposure to We CMBS.

In addition, the CRE market has endured large-scale bankruptcies before – think of the hundreds of Sears/Kmart closings over the past couple of years. As a tangible asset, a property’s location and quality are paramount to retaining value, regardless of the tenant. While bankruptcies certainly harm some investors, the market as a whole continues to do well. This highlights the importance of diversifying a portfolio’s property type and tenant mix. Maybe the moral of the story is that the boom times for We and the people who bet big on it have ended. Or as We’s ex-CEO, Adam Neumann might say, the party is over when the tequila runs out! 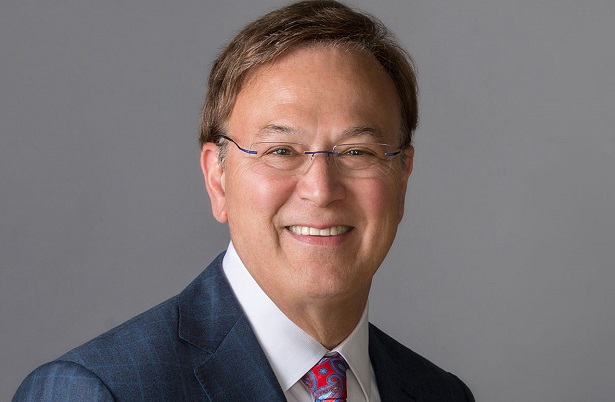