The yield on benchmark 10-year US Treasuries bore down on a record low on Monday, as the spread of coronavirus prompted another flight to the safety of government debt and some investors placed bets on a spring rate cut by the Federal Reserve.

As a result, the US yield curve, watched by investors for indications of an impending recession in the world’s largest economy, was its most deeply inverted since October as the rally in Treasuries intensified.

The 10-year yield fell 11 basis points to 1.37 per cent, within touching distance of the historic low of 1.32 per cent it set in 2016 after the UK’s Brexit referendum.

The difference between the yield on three-month Treasury notes and the benchmark 10-year widened to minus-18 basis points. A yield curve inversion, where longer-term yields fall below those on short-term notes, has preceded every recession of the past 50 years, so it has become a must-watch indicator for traders.

It inverted briefly almost a year ago and again for several months from mid-2019, during which time the Fed cut US interest rates three times to inoculate the economy from the effects of the US-China trade war and slowing global growth.

“It’s scary — it’s hard to ignore,” said Jim Paulsen, chief investment strategist for the Leuthold Group, noting that the signals from the yield curve contrasted with recent highs in the US equity market.

“A lot of investors have been worried for a while that the bond market knows something that stocks don’t. Stocks have been running foolishly while bonds have been suggesting a more sinister outcome.”

Monday’s bond market rally was accompanied by a big equity market sell-off, as the coronavirus infection spread widely beyond Asia. In an effort to contain the biggest outbreak outside China, Italy’s government moved to quarantine at least 10 towns. The number of infections globally has surged beyond 79,000, while more than 2,600 people have died.

UBS estimated China will suffer as much as a 2 percentage point hit to gross domestic product growth in the first quarter as the epidemic slows business across the country. Oxford Economics cautioned that if the outbreak evolves into a global pandemic, world GDP could be slashed by $1.1tn. 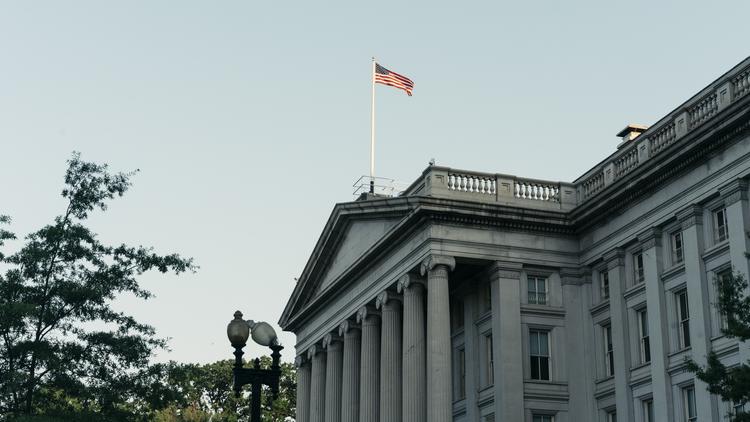