Despite concerns about an economically- and cyclically-fueled dip in foreign investment in American properties, the U.S. remains a coveted place for cross-border deals.

In the first three quarters of this year, cross-border real estate deals in the U.S. (those valued at $5 million each or more) totaled $46.2 billion, according to data provided to NREI by commercial real estate services company JLL. That’s up 17 percent from the January-through-September total of $39.5 billion in 2018. A third-quarter spike in industrial deals helped propel the 17 percent boost.

In the U.S., “the fundamentals are very strong in the sense that capital is looking to access the world’s largest and most liquid market, and one of the world’s most transparent markets,” says Jeremy Kelly, director of global research at JLL.

Kelly tells NREI he has recently detected a weakening of cross-border interest in the U.S. real estate market. Indeed, a respondent in a real estate survey conducted earlier this year by London-based law firm DLA Piper fretted that global political uncertainty would have a “chilling effect” on cross-border deal flow, particularly in relation to U.S. assets.

But although some investors have assumed a defensive posture amid ambiguity over when the current real estate cycle might end, cross-border deal flow has hardly dried up.

An August 2019 report from Real Capital Analytics (RCA), a New York City-based provider of real estate data, signaled a narrowing of that global capital flow into the United States. Cross-border investors switched from net buyers to net sellers of U.S. commercial real estate during the first half of 2019 for the first time since 2012, according to the report. U.S. property sales by foreign investors totaled $21.4 billion in the first six months of this year, barely edging out acquisitions ($21.3 billion).

“The decline in acquisitions is not a sign of a whole class of investors writing off the U.S. Rather, the high-ticket price deals that these investors pursue are becoming more challenging to execute,” the RCA report says.

The RCA report tracks direct deals of least $2.5 million among all property types.

Foreign investment in U.S. real estate is driven by a desire among cross-border investors to tap into “structural change,” such as the rise in people shopping online or the increase in baby boomers moving into seniors housing, says Kelly.

As for where they’re putting their money in the U.S. from a geographic perspective, foreign investors remain attracted to gateway markets.

New York City retained its status as the world’s largest direct investment market in the first three quarters of 2019, even though activity fell 16 percent versus the same period last year, according to a November 2019 report from JLL. Meanwhile, markets including Silicon Valley, San Francisco, Boston and Seattle notched double-digit increases in investment volumes.

Through the first three quarters of this year, New York City ranked first among U.S. recipients of cross-border investment in real estate, followed by Los Angeles and Seattle, according to JLL. New York ranked sixth globally, with Paris and London leading the pack. But New York held the top spot as the most liquid market ($18.3 billion in the third quarter), with Paris at No. 2 and Seoul, South Korea, at No. 3.

“While we often talk about U.S. real estate as the sum of many component markets, all too often the actions of cross-border capital investment decisions tell a different story. That is, they confuse their own individualized target markets for a ‘United States’ investment strategy,” Daniel Sibor, a 2019 graduate of the MIT Center for Real Estate, wrote in an article posted on the AFIRE website. “This is a dangerous game, in that the price dynamics of any one U.S. market, or indeed any collection of markets, are very likely not reflective of what is occurring at a national level.”

That being said, not all foreign investors are the same, either. MSCI’s Reid emphasizes that an investor from China, for example, will look at the U.S. and global real estate markets through a different “prism of their own requirements” as opposed to an investor from, say, Japan.

As they scope out potential acquisitions in the U.S., foreign investors have largely adopted a mature approach beyond merely chasing trophy assets in gateway cities, and are exercising more caution and selectivity, says Kelly.

“The U.S. is by far the largest real estate investment market in the world by a very significant margin, so investors will continue to be attracted to the U.S. market—attracted by the long-term drivers, attracted by the strength of [tenant] demand in both the office and logistics markets, and attracted by a transparent market with some interesting and dynamic activity when it comes to demographics and urbanization and technological change.” 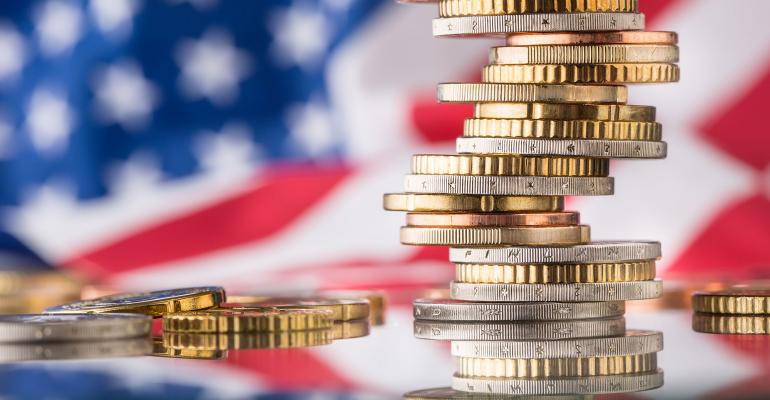